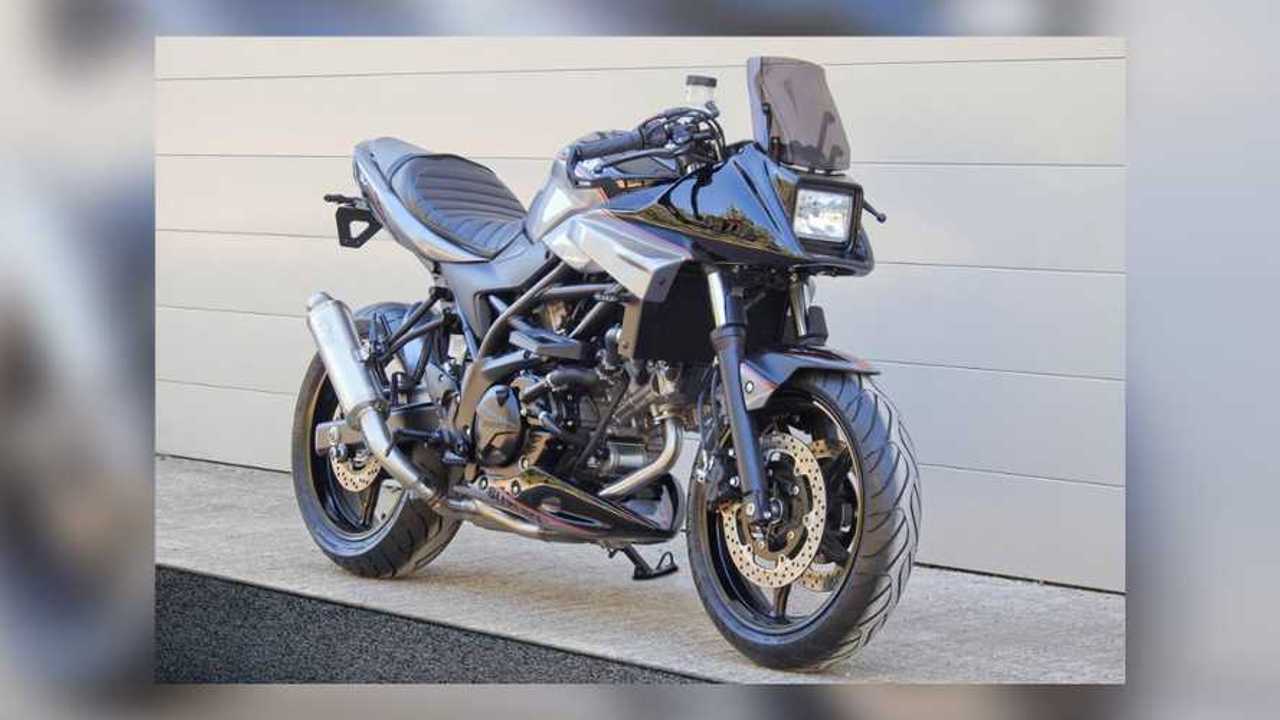 After a little over a decade of absence, the Suzuki Katana made a long-awaited return to the Suzuki showrooms in 2019. Unfortunately, the 80s vintage-inspired bike launched with a relatively steep price tag, which curbed many fans’ enthusiasm.

If you really want a Katana but only have an SV budget, you can now get the best (worst?) of both worlds thanks to this dorky-looking kit.

Katana All The Things:

Japanese site Webike.net has a solution for all the retro-Katana aficionados who love the look but can’t dish out the $13,500 to get their hands on a 2020 model. Behold, the Tanto top fairing kit that can turn your Suzuki SV650 into a fake Katana—a clever name for the baby Katana kit considering a tantō is a small katana.

The aftermarket accessory kit includes a Katana-like fairing with the square headlight, a windscreen, and a matching belly pan. The site also offers a set of clip-on style handgrips to replace the SV’s standard handlebar. The kit is compatible with any models of the SV650’s latest-generation, model-year 2016 and later, and costs ￥108,250 (or roughly $1,000 before shipping which, added to the price of a new 2020 SV still comes in below the price of a brand-new Katana.)

I personally think it looks dumb and I wouldn’t spend the extra grand (plus) to get one—the SV looks good on its own, but some of us like the idea. Editor Jason pointed to the fact that there were small-displacement Katanas in the past which this set up reminds him of and that a Katana 750 homage is pretty neat. To be fair, he’s a fan of the new Katana’s look, to begin with, and he likes old-looking things so I mean... it’s worth what it’s worth. What about you guys? Would turn your Suzuki SV650 into a Katana for quirkiness’ sake?