Aside from the odd drag race or special edition truck clad in orange and black, we rarely discuss cars on RideApart. Then, every so often, one manufacturers decides to do a bit of crossover and blur the lines between cars and bikes; that’s when the two worlds come together and the picture of a car shows up on our site. This time, we’re treated to a Katana, but not the one you think.

Of Cars And Motorcycles: 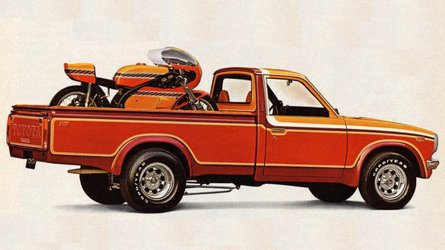 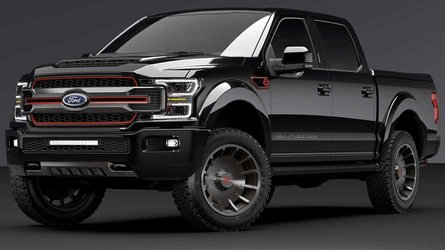 The Suzuki Katana is one of the most highly anticipated bikes of the year. After an absence of over a decade from the market, the model has made a triumphant return at EICMA last year. The company has decided to take full advantage of the hype surrounding its returning sport legend by coming up with a special edition Katana—but not the Katana you expect. This one has got four wheels.

In fact, Suzuki announced it would launch a very limited run Swift Sport Katana—not only limited in numbers but also in location. Only 30 sword-themed Swifts will be produced for the Netherlands. Pretty specific, huh?

As these things usually go, the Katana-inspired features are mainly aesthetic. Out of the 30 units available, 15 will be offered in a silver livery—matching the Katana’s—and 15 will be offered in black. All 30 cars will feature a red-accent front grille, reminiscent of the Katana’s retro Suzuki logo, racing stripes detailing on the hood and the doors, 17-inc OZ Racing black rims with optional 18 available, “Katana” badging sprinkled on top, and, of course, the sword logo that underlines the returning model’s campaign.

On the inside, the black and red theme is reprised, matching the car’s exterior and by extension, the bike’s color scheme. The Swift’s 1.4L, four-cylinder turbo engine remains unchanged—and funny enough, is less than 400cc bigger than the actual Katana’s new 999cc inline four engine. Each special edition will be numbered out of 30 and pricing has been set at €28,999 ($32,400), a $4,500 premium over the Swift Sport pricing in the Netherlands.

If you plan on getting your hands on the new Katana, this could have been a neat addition to the garage—if you’re really that big into the whole sword theme.