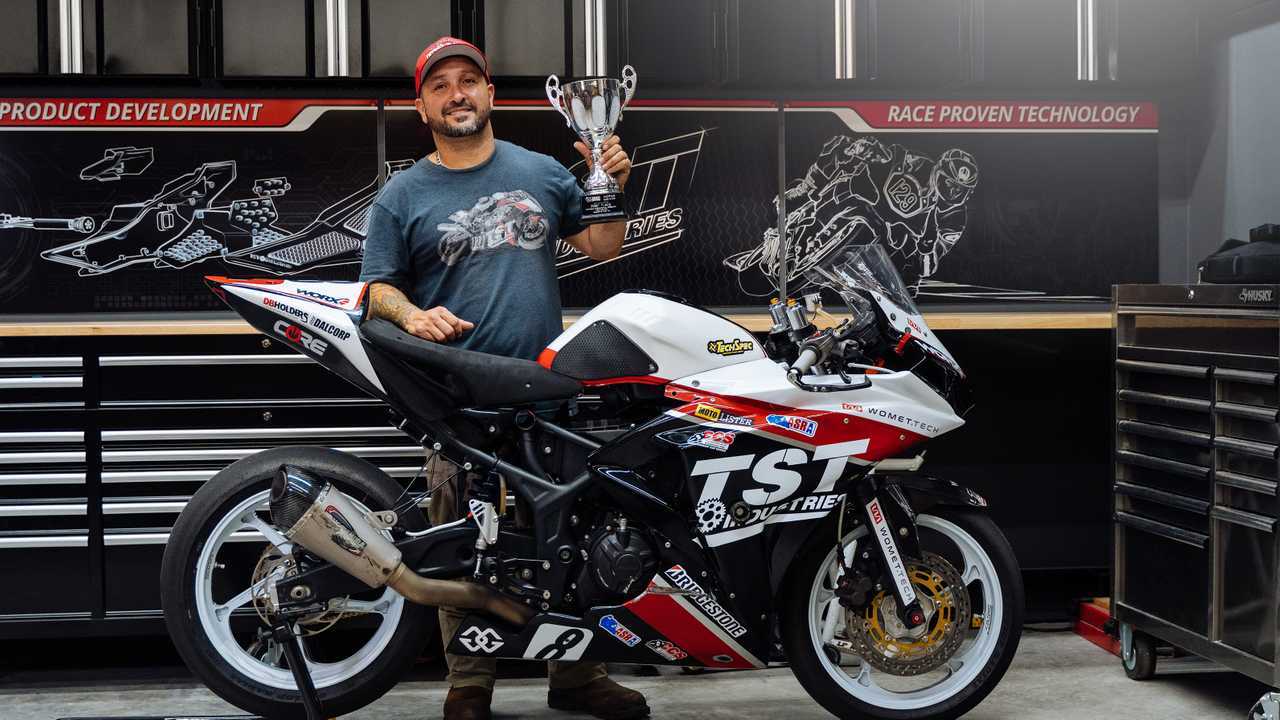 Think twice before scoffing at the humble Yamaha R3.

The Yamaha R3 is arguably one of the most popular beginner motorcycles in the USA, as well as many other parts of the world. Many new sportbike riders started life onboard the good old Yamaha R3 simply because the bike presents itself as an awesome package in and of itself. Out of the box, the Yamaha R3 is a bike that can be enjoyed even by more seasoned riders.

However, the Yamaha R3 isn’t exactly synonymous with racing and performance. Yes, it’s a sportbike, but by no means is it a superbike. With a 321cc parallel twin, the R3 produces a little north of 40 horsepower, depending on the year model. It also comes with decent entry level kit composed of basic electronics such as ABS and a digital display. It does, however, missout on more advanced features such as traction control and riding modes, simply because a bike like the R3 is meant to be simple.

Upgrade Your Kawasaki Ninja 400 With Öhlins

This is why, when TST Industries began their now famous Yamaha R3 Superbike project, stirred the online pot and divided enthusiasts into supporters and all out haters of the idea. TST Industries is well known for their innovative products catering to sportbikes. In the business since 2007, TST Industries has raised the bar in terms of enhancing a sportbike’s performance. As such, if building a superbike out of a Yamaha R3 was in any way within the realm of possibility, the guys at TST Industries were the best ones to pull it off.

At present, the TST Industries Superbike R3 has achieved several podium finishes, track records, and even a national championship. For track day aficionados and sportbike enthusiasts, TST Industries assures that all the technology used in the development of the R3 will trickle down to their future product releases for many other sportbikes in the market today. With the huge success of their Superbike R3, it’s safe to say that little sportbikes like the Yamaha R3 indeed have tons of potential, and by no means deserve to be scoffed at due to their seemingly lackluster performance.