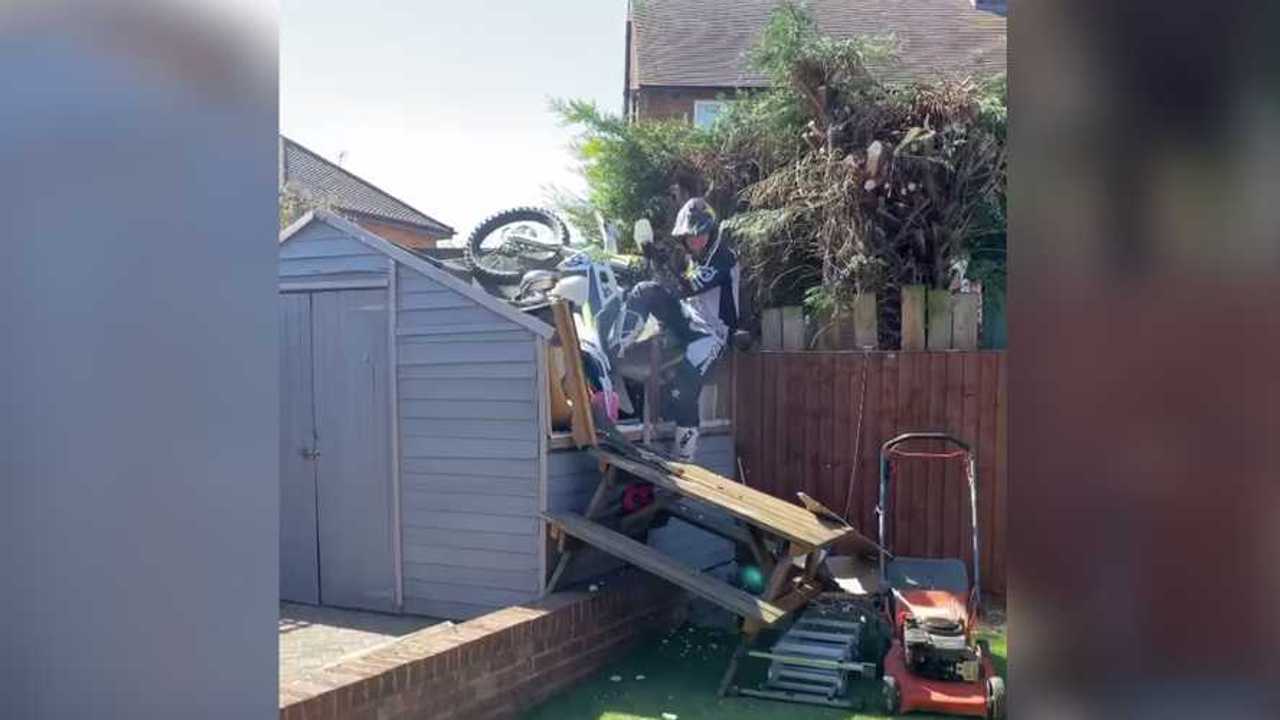 Things went through the roof! Literally.

Everyone is finding creative new ways to keep busy during the lockdown. From viral challenges to mini YouTube series, motorcycle companies, racing series, and riders are all pitching in to keep their audience involved and entertained.

For instance, Ducati created the Ducati Caffè mini-series that features members of the team talking bike design and adventurer riding. MotoGP racers are making up for the delayed season by competing in video game races. Others, like trials champ Toni Bou, are having some fun testing their bikes’ limits from home. There’s a little bit of everything out there to keep everyone busy and sane. However, not all the “testing a bike’s limits” goes smoothly, and that’s something British motocross rider Graham Jarvis learned the hard way.

This Is How Trials Champion Toni Bou Deals With The Lockdown
⠀

Graham Jarvis has quite the respectable resume as an enduro and trials rider. He has notably won the Erzberg Rodeo multiple times—including the 2019 edition—as well as the Red Bull Romaniacs, the Red Bull Sea to Sky, and the Scottish Six Days Trials. He is now an active member of the Husqvarna factory team. You could say he has some serious enduro chops.

So, of course, when Jarvis decides to share a series of short videos in which he tackles a few “household” obstacles, you expect a spectacular demonstration of skills. While he makes balancing on a ladder and on a picnic table look like a walk in the park, one of his obstacle crawls doesn't go as planed.

In one of his most recent videos, we can see that he built a homemade obstacle course with a lawnmower and picnic table turned into a DIY ramp leading up to the roof of his shed. He obviously has the abilities required to perform the trick as he’s proven in his previous videos, however, it seems he might have forgotten to check his obstacles’ structural integrity. As soon as he conquers the ramp and that his Husqvarna's back wheel lands on the shed, both rider and bike go through the roof like it’s a sheet of paper.

Jarvis is obviously ok and doesn’t seem to be too phased by the incident. For all we know, maybe that’s the result he was expecting and he was just looking for a funky way to take the shed down. We have to hand it to him thoug: the jump might have failed but he successfully gave us a good laugh.