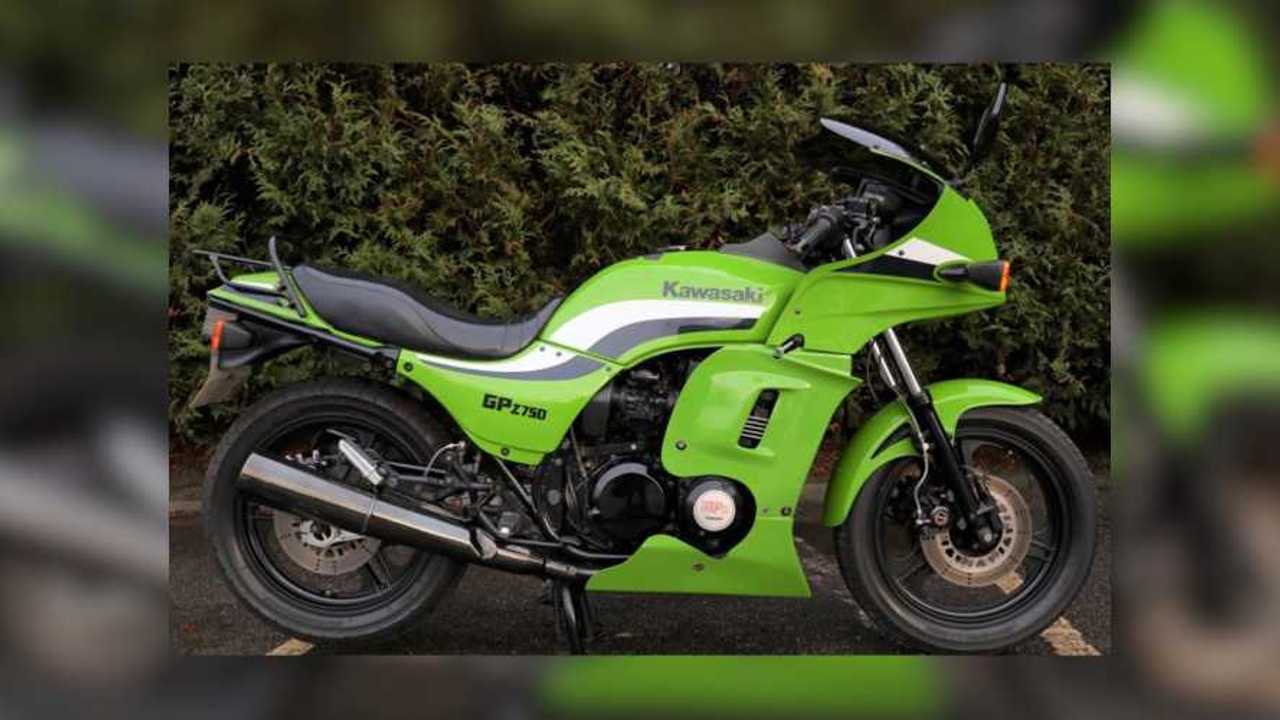 Cool! Is this the weird cousin of Maverick's Kawasaki GPZ 900R from Top Gun?

Kidding aside, the Kawasaki GPZ 750 is a good sportbike in its own right. Not a record breaking speed machine like Maverick’s GPZ 900R in Top Gun, the GPZ 750 did however, have its fair share of success in the racing world. Particularly under the helm of Wayne Rainey who used a race bike based on the GPZ 750 to win the 1983 Superbike Championship. Never intended as a race bike to match the performance of the Honda V-Fours of the time, the fact that Rainey was able to pilot the GPZ 750 to victory speaks volumes about his skill, not to mention, the engineering of Kawasaki’s machines.

The GPZ 750 is powered by a 738cc in-line four engine producing 87 horsepower and 46 ft lbs of torque. Putting the power to the ground via a five speed manual transmission, the GPZ 750 is fueled by a set of four 34mm Mikuni carburetors and features electronic ignition, aiding its smooth and controllable power delivery.

This particular Kawasaki GPZ 750 is a 1986 model in remarkable condition. It sports a rare green and black color scheme with black chrome exhaust pipes. Having only run a total of 28,989 miles throughout its thirty four year lifespan, this GPZ 750 is neither a garage queen, nor an overly abused machine. The seller claims it runs and rides like new. GPZ 750s can make for very versatile motorcycles.

Apart from being used as race machines, the GPZ 750 features ergonomics which are not too aggressive, as such the bike can be used for commuting duties or even light touring. Although not recommended for first time riders, the GPZ 750 can make for a nice addition to a modern classic collector’s garage, as well as an occasional track day machine for the weekends. On sale for a reasonable £2,595, more information, as well as the sellers contact information can be found here.