This Guy Is Riding His Yamaha R1 To The North Pole

The aRctic-1 is getting ready!

Are you extremely passionate about DIY? Do you love riding in harsh winter weather conditions? Even if both those things are true, I’m almost willing to bet that your love isn’t quite as deep as that of Sjaak Lucassen. He’s the absolute madman (his choice of descriptor) who’s taking an appropriately modified Yamaha R1 to the North Pole. Oh, and he’s not settling for the magnetic North Pole, as happened in a certain Top Gear adventure.

You see, that kind of thing is only for well-funded TV presenters. Instead, Lucassen is aiming for the true North Pole, where every single direction is south and you’re starting from absolute zero when you head back from whence you came.

Madmen Give Us Hope: 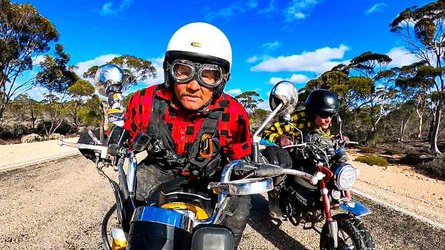 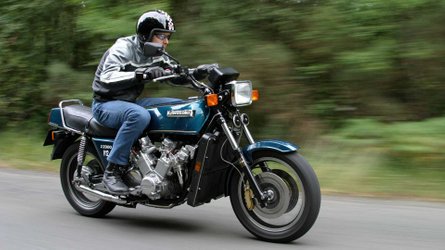 Some rules he set for himself include: no outside help. He’s planning to tow a support dog sledge or ski-doo with abundant fuel for his journey, but that’s it. If you think this seems a bit too pie-in-the-sky for a workable plan, let me assure you that Lucassen is the most practical of madmen. Why, he took a modified R1 on a 6,200 mile journey between the northernmost and southernmost points of the continental U.S. in 2016 just for funsies!

It’s lucky he did, as he explained on his site. There were a lot of kinks he needed to work out if he was going to be successful in his North Pole journey. Problems that involved building his own tires from scratch. Now, obviously not every person has a setup to vulcanize rubber and create new tires in their garage at home, so he ended up reaching out to a couple of companies to help. Lucassen created the molds himself, and then brought them to one of the companies that actually vulcanized the rubber. The result was very wide, soft, reinforced tubeless tires that will hopefully be neither too high nor too hard for his polar purposes.

That’s just one item on Lucassen’s seemingly mammoth to-do list. If all goes well, he plans to begin Stage One of his trip in January 2021. The rear tire is 60 centimeters, or 23.622 inches. Meanwhile, the front tire is 30cm, or 11.81 inches. You can follow his build and journey on his website and social media channels. As for us, we’ll definitely be watching with interest.