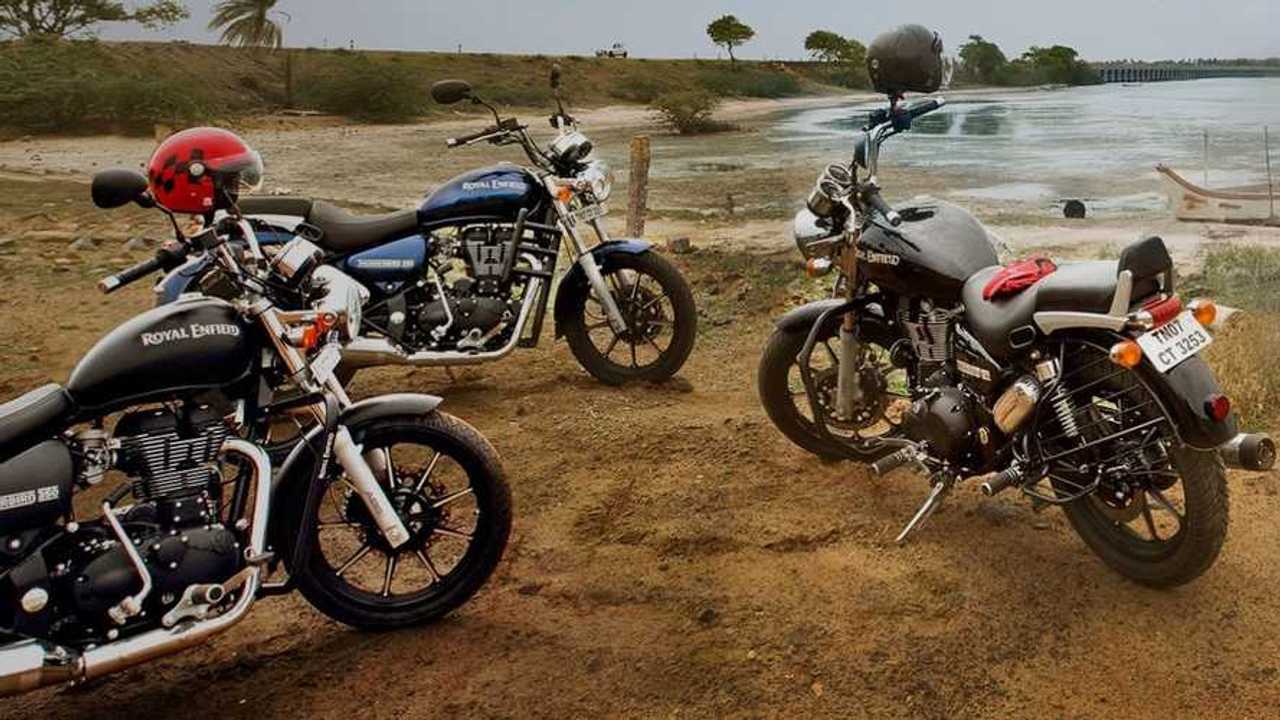 Chirps about a new Royal Enfield model have been particularly noisy lately. While nobody can quite seem to agree on what model the manufacturer is developing, there’s a consensus that there is indeed a new 350 in the works. Now, local media is reporting on a mysterious new model dubbed “J1D” expected to launch this upcoming April.

Is Royal Enfield Grooming A New Model To Launch At EICMA?

Trying to keep up with all the rumors surrounding new Royal Enfield models and nameplates has been dizzying. From the sound of it, it looks like the manufacturer is getting ready to launch not one but two new motorcycles. We’ve been expecting at least one new model as rumors of a 350 have been making the headlines for a few weeks now. An increasing number of Indian media suggests that the newcomer will receive the Meteor nameplate and take the Thunderbird’s place in the lineup.

However, according to new reports, the “Meteor” won’t be alone. Quite a number of sources indicate that a model dubbed “J1D” has been circulating at Royal Enfield. According to Gaadi Waadi and RushLane, the Thunderbird replacement is internally referred to as “J1C0”. The J1D appellation, therefore, suggests a different model, possibly built on a similar platform or powered by a similar 350 engine but on a branch of its own.

According to India Car News and Car and Bike, J1D could potentially be a smaller version of the Himalayan armed with a 250cc-engine. Considering 400cc is considered a relatively big displacement by Indian standards, it would make sense.

With the 500s now gone from the lineup and a remaining lineup of small-displacement models in need of variety, the new additions could help liven up Royal Enfield’s sales. Plus, the company trademarked a whole flock of names to chose from including Hunter, Sherpa, Roadster, and Flying Flea which also led us to suppose new models are in the works. Whatever is cooking in the Royal Enfield kitchen won’t stay on the burner for too long as most sites say the new model(s?) will launch at the end of April 2020. Which one do you think it will be?