Dear Husky, please bring it to North America next.

Electric motorcyclists aren’t the only riders that suffer from range anxiety. When you’re off-road exploring on a gas-powered bike, the next petrol station might be hundreds of miles away. Unless you’re commanding a top tier adventure bike, chances are your rig doesn’t have the fuel capacity to cover 250-300 miles between fill-ups. Most dual-sports on the market feature a 2 to 3.5-gallon gas tank that nets anywhere between 100 to 175 miles. To help ease the off-road range anxiety, Husqvarna just released the long-range variant of the 701 platform—the Enduro LR. 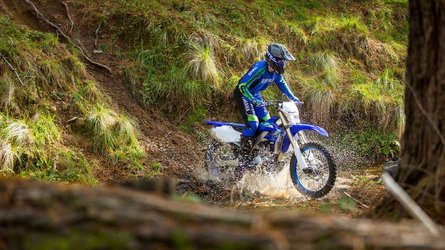 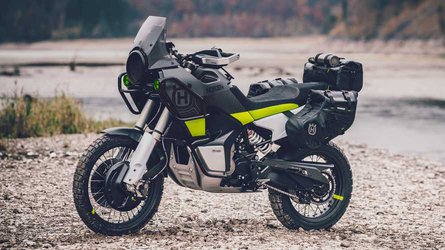 The same four-stroke, 692cc single-cylinder from the 701 Supermoto and 701 Enduro underlies the LR model, but the addition of an extra fuel cell increases the range to 310 miles. Similar to KTM’s novel tank position on the 790 Adventure and 690 Enduro R, the Husqvarna’s 701 series boasts a 3.4-gallon gas tank at the rear of the rig. However, the 701 Enduro LR adds a 3.2-gallon mounted in the traditional position with deep troughs to keep the center of gravity low.

The extra fuel capacity also increases the 701 Enduro LR’s curb weight to 340 pounds, about 22 pounds over the base 701 Enduro. Obviously, most of that weight gain is in the form of liquid but an additional fuel pump also contributes.

According to Husqvarna, “The fuel supply can be easily selected while riding with a handlebar-mounted switch as each tank has a separate fuel pump.”

In 2020, Husqvarna introduced cornering ABS, traction control, ride modes, and a quickshifter to the 701 range. Luckily, the upgraded technology is making the jump to the 701 Enduro LR as well. It’s that technology and performance that should separate Husky’s new long-range dual sport from competitors like the Suzuki DR650S and second-hand KLR650s.

For now, the 701 Enduro LR will be available in Australia, South Africa, and Europe. Husqvarna has yet to reveal the price of the new variant but you can expect it to be more than the 701 Enduro’s £8,799.00 price tag. Unfortunately, the company hasn’t announced plans to bring the 701 Enduro LR to North America, but we’ll keep our fingers crossed that Husky provides some salvation from the dreaded range anxiety soon.