This EV Battery Could Fully Charge In 5 Minutes 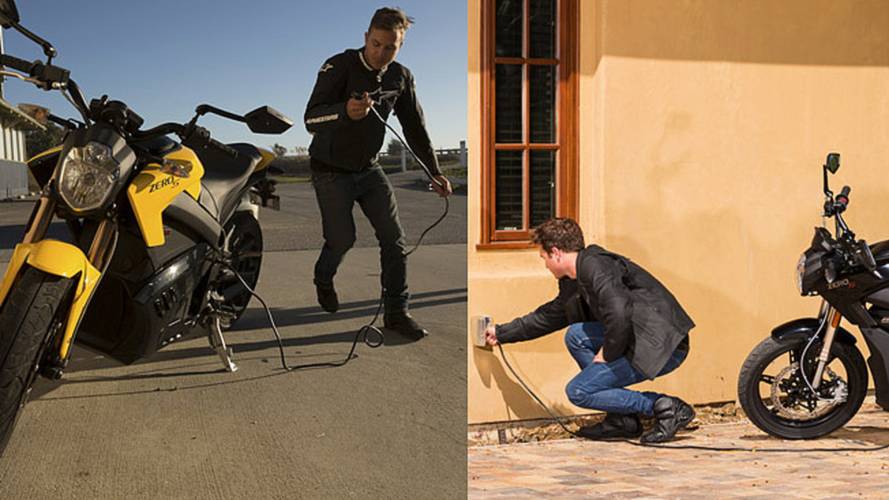 By far the biggest challenge facing the widespread adoption of electric vehicles is the long time it takes to recharge them. Sabrina faced this when she took a Zero SR/F from Toronto to Montreal and back. The bike was excellent, but the charging situation, not so much. Even Tesla, with its high-speed Supercharger network, still takes "around 45-50 minutes in city centers" to charge—not exactly a NASCAR "splash and dash." Battery companies are well aware of this limitation, and one of them, Enevate, believes it has the solution.

Gogoro Is Supersizing Some Battery Stations To Serve More Riders

While some manufacturers are looking into battery exchanges to speed up recharging, Enevate wants to make vehicle batteries that will charge as quickly as filling your gas tank. Enevate claims that with their batteries, it will be possible to recharge an electric car to 75 percent charge in as little as five minutes. Motorcycles, with much smaller batteries, would likely charge even faster. They also claim to provide 30 percent more range than traditional batteries. Importantly for northern climates, Enevate says their batteries will have more than 100 percent better cold-weather performance. While not as relevant to motorcycles, which don't typically travel in sub-zero temperatures, this is a huge deal for cars, as one writer discovered driving an electric car through the middle of nowhere during a Quebec winter.

This sounds not only great but perhaps too good to be true. After all, we've seen vaporware before, more than once. Enevate has an interesting video to demonstrate the superiority of their battery design. We are unable to embed it here, but you can see it on the front page of their website. It demonstrates two very small batteries, one of traditional design and one of theirs, getting just 10 seconds of charge. These batteries then go into identical toy electric cars and are set loose on a track. The car with the standard battery makes it two laps before it runs out of juice. The car with the Enevate battery not only goes 18 laps, but it's also much faster than the car with the traditional battery until the last couple of laps. This is extremely promising, on a small scale.

How well will this technology scale up to practical vehicle batteries? At this point, we don't know. Some key players are already watching, from car manufacturers like Nissan, Renault, and Mitsubishi to electronics manufacturers like Samsung, LG, and Lenovo. Enevate expects to commercialize its technology sometime in 2024 or 2025, so we may not have long to wait before seeing results. While we still need an effective charging infrastructure for electric vehicles to become just as practical as those that run on dead dinosaurs, being able to take a charge as fast as a fill-up would be a huge step in the right direction toward everyday practicality.