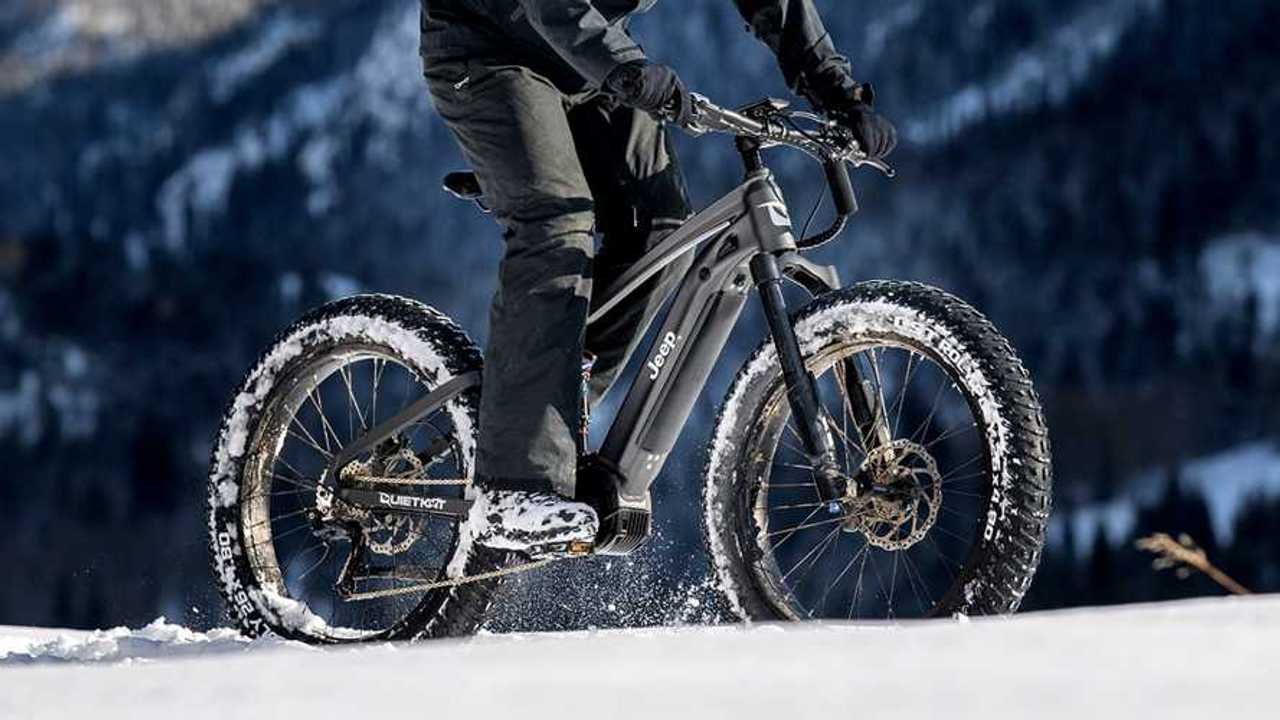 It's a Jeep and it has two wheels.

If you’re a football fan or, like me, are more interested in the tailgating food extravaganza that comes with watching the Super Bowl, you’ve probably seen the Jeep ad that starred Bill Murray, a groundhog, and the brand’s first electric bicycle. If you haven’t, the previous statement says it all: American off-road sweetheart Jeep is introducing an electric mountain bike. Why? It’s hard to tell but chances are this is FCA’s first attempt at entering the “urban mobility” space—something its competitors have been working on for a few years already. We now learn a little more about the Jeep e-bike including the price point. If you’ve ever shopped for a Wrangler, you know where this is going.

The starting price for Jeep’s iconic model looks fairly reasonable. That’s until you start adding options and features and end up with a truck twice the price it started at. It looks like the company adopted a similar ethos with its first electric two-wheel project—except the ridiculous price tag is the one advertised and not a result of the addition of a few enthusiastically-priced features.

The Jeep e-bike will go on sale in June 2020 and pricing is set at $5,899. Yikes. The bike uses a 750 Watts electric motor, produces an astounding 118 lb-ft of torque, and should be able to get you roughly 40 miles of range on a single charge. Is that enough to justify the near-$6k price tag?

Not in my book, especially not if you consider that you can get a good, capable electric bicycle for a grand or two. On the other hand, some high-end bicycles will set you back a few thousand dollars so as steep as its sounds, it’s pretty consistent with pricing for top-shelf models. The ratio of bikes and e-bikes customers shopping for this grade of bike is rather small. A bigger part of that group will probably favor a more affordable option, no matter how much they love Jeep. If this is the company’s attempt at seducing a city-dwelling audience, it might have to rethink its strategy—most Millenials don’t have $6,000 to spend on a bicycle.