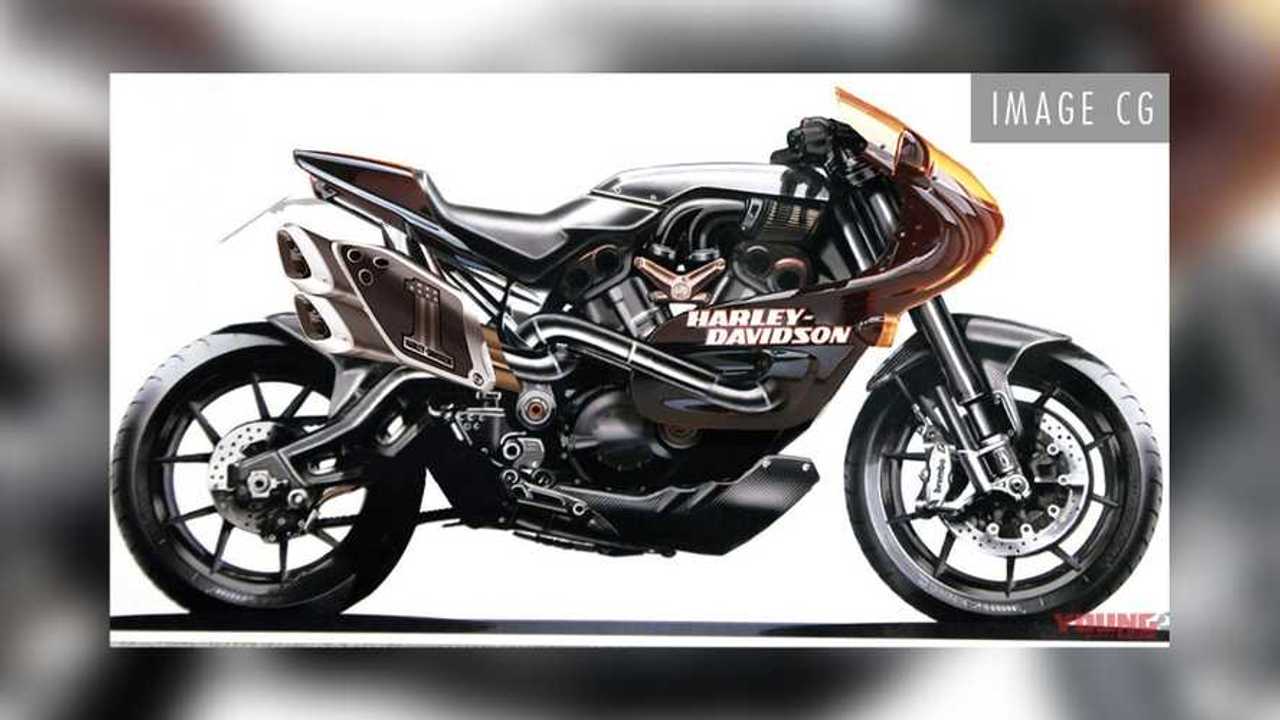 Something sportier this way comes?

Harley-Davidson is starting to mix things up. After finally acknowledging that it was in dire need of a branding overhaul, the company started making bolder decisions—not actually bold, just bolder by Harley’s standards. Among other things, we’re expecting the company’s first adventure and streetfighter motorcycles to show up later in 2020 which at least shows a will to do things a little differently. There are also rumors of other, more daring projects in the works in Milwaukee and a faired sportbike seems to be on the list. What would that look like? Thanks to a Japanese graphic artist, we now have an idea.

The guys at Young Machine have worked their magic once again and shared their vision of what they think a future Harley sportbike would look like. While the design looks pretty “out there” for a Harley, it isn’t actually all that farfetched.

For instance, the bubble fairing isn’t just a creative liberty the artist took. Back in October 2019, we found a Bar and Shield patent studying a sportbike fairing design similar to the one in the Japanese render. Patents come and go and in a lot of cases, the designs don’t make it to production but considering Harley is trying to reinvent itself, chances are we might see the design come to life.

Not only that but Young Machine’s design is also pretty close to a render we spotted in a Harley promotional video that seemingly illustrates what the new Bronx would look like with a fairing. Both the Japanese and the American renders share similar features with the rounded fairing, of course, the high-set “braided” dual exhaust, and the upswept tail end silhouette.

As surprising as it may sound to some of you, it would also not be Harley’s first stint in the wonderful world of fully-faired sportbikes. In the late 80s, the company came up with a little something called the VR1000. While the Superbike-inspired model never made it in the showrooms, it is still an interesting chapter in Harley’s history book.

At the moment the company seems focused on growing its presence on the Asian market and on expanding its electric lineup so we might not see a sportbike anytime soon. The company is notorious for taking a long time to develop its projects so it will probably be a little while. That being said, I’m completely on board if that sportbike ever makes it to production.