Get dirty, have fun!

At one point or another, every parent has asked themselves how to get their kids more active. If you’re a parent who rides, you might have even thought about getting your kid into two-wheeled activities. OSET wants you to consider getting your kid competing in trials racing on its electric competition machines. 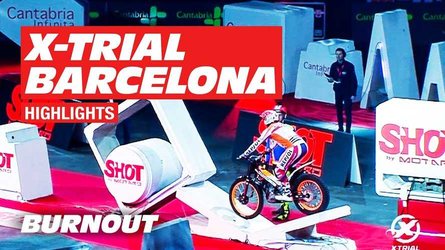 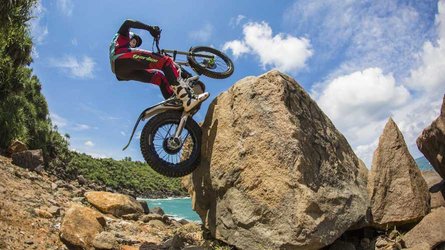 A decade ago the first OSET Cup event popped up on the scene in the UK, and eight kids showed up to compete. Today the company runs over a dozen OSET Cup events which see over 100 times as many youth competitors turn out. It’s fair to say that these events have been successful in getting kids out of the house and onto two wheels.

“Experiencing riding a motorcycle in real life is infinitely better than watching someone else do it on a screen,” said OSET founder and CEO Ian Smith. “Or pressing the X-box buttons to make a character ride a bike through a stream!"

“The world is catching up with OSET as it turns to electric power. Our electric motorcycles provide instant, linear power which is ideal for kids as they learn to control their machines. The ability to turn the power, speed and response dials up and down to suit rider ability means riding a motorcycle has never been safer, or as much fun!"

“And because trials is the art of control, technique, and balance, you can ride your bike in the back garden using a few cones to set out a route, a couple of pallets and perhaps some rocks and you have your own trials course!”

These electric trials bikes make a lot of sense as a first bike. How many times have you woken up on Saturday morning to the staccato shriek of your kid’s two-smoker dirt bike ripping around the back forty? Imagine how much a parent’s quality of life would increase by swapping that out for the quiet of an electric machine. Plus, you'll never have to deal with premix again!

The OSET Cup is designed to allow anyone of any ability level to compete, including those who are new to the sport. These events are limited to the UK market right now, but perhaps one day we’ll see them spread to other markets if we continue to ask nicely enough. All it takes is a few pounds for the entry fee, a helmet, long sleeves, gloves, and boots to compete.

Just imagine how much easier it would be to teach your kid to ride if you didn’t have to shout instructions to them over the roar of an engine. And with enough training, maybe one day you can ride through the wilderness in quiet with them. Like this:

By: Bradley Brownell
++
Got a tip for us? Email: tips@rideapart.com