After the RS, the R.

In October 2019, Triumph unveiled the updated 2020 Street Triple RS, armed with a fresh new face and an upgraded engine tuned to produce more power. While the Street Triple flagship received all the attention, Triumph said nothing about the entry-level R model. It would have made sense for the company to bundle the two versions together and announce a new “Street Triple” but the two trim levels apparently needed to be addressed separately. We now get the confirmation that the wait for the new 2020 Street Triple R is almost over. 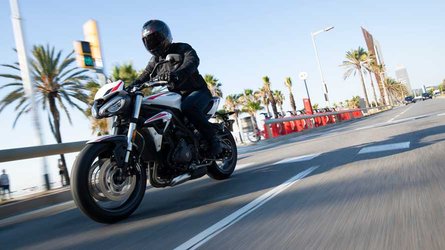 Triumph Updates Domestic-Market Street Triple, Can US Updates Be Far Behind? 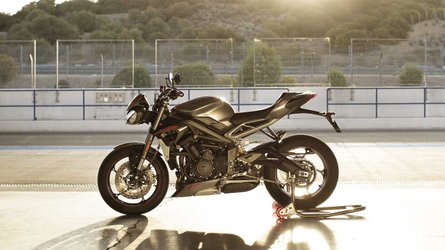 According to Motorcycle News, Triumph confirmed it will soon launch the new Euro 5-compliant Street Triple R. The fact that the Street Triple RS (as well as the European entry-level 660cc Triple S) was thoroughly updated was a pretty obvious indication that the R would follow. Plus, a California Air Resources Board (CARB) document filed by Triumph that reveals that both the Street Triple R and the RS get a new engine series for 2020 as well as a second three-way catalyst to meet the evolving emission norms.

While the House of Hinckley hasn’t confirmed what will appear on the menu of updates, we can expect the new R to receive the same facelift as the S and RS. Because the R appears on the same CARB executive order as the RS, we can also suppose it will use the same updated 765cc inline-triple. The power figures will likely be the same as well considering both the R and RS were rated at 116 horsepower in 2019 and the updated RS now produces 121. That’s easy math.

MCN quoted Triumph saying that the new Triple will offer  “incredible new value in the Street line-up, with a new Street Triple R that promises a major update with much more on offer at a new, attractive lower price point." In the U.S., the 2019 Street Triple started at $11,250 so chances are we could expect a new price tag in the $10,000. More details are expected to be confirmed in the upcoming weeks.