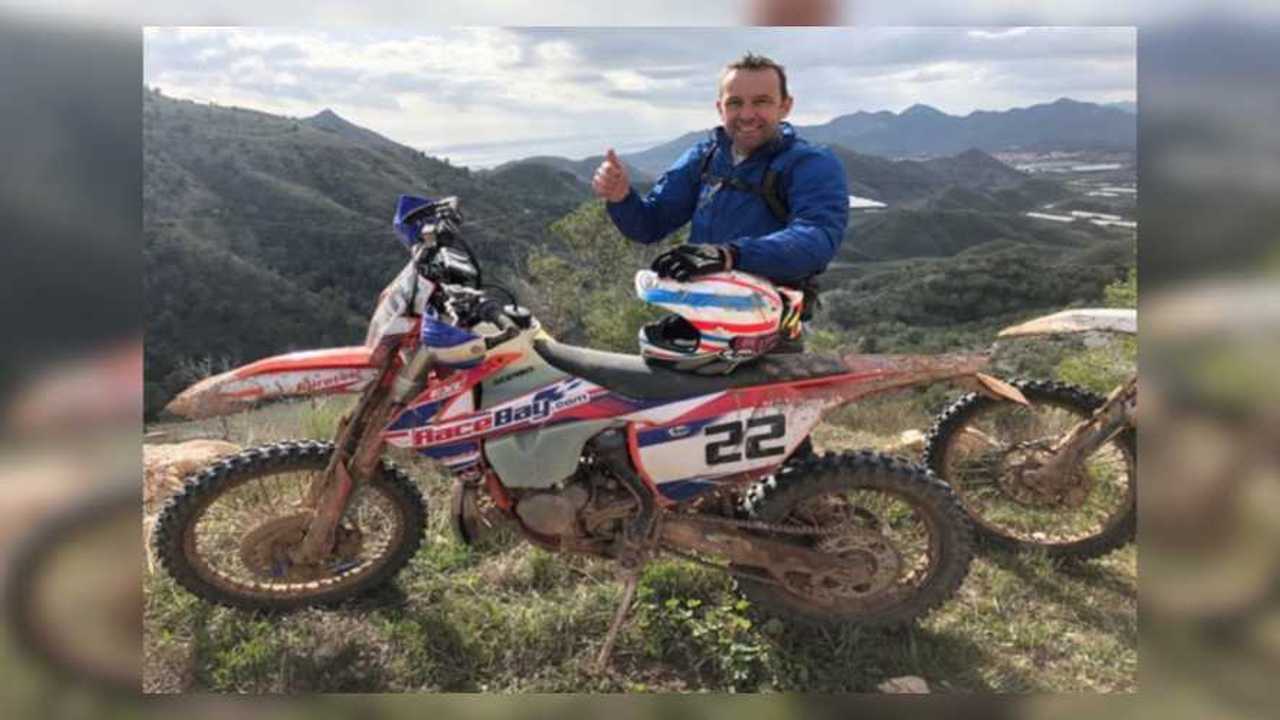 Like many racers, BSB and TT winner Steve Plater has faced his fair share of injuries throughout his career. Still, although you may expect the occasional crash, how often do you expect to get a wheel to the head? Don’t worry, Plater is currently recovering from this most recent injury—but that’s exactly what caused it.

What Body Parts Will You Most Likely Injure In A Motorcycle Crash?

Plater tweeted about the crash on January 25, 2020. According to his statement, Plater was riding his enduro bike in the Welsh mountains when he fell off and was hit directly from behind. It was then that the front wheel of the bike following hit him right in the back of the head. Luckily, he was wearing a helmet, which he credits with saving him from much more serious injuries—but that also meant his neck took the brunt of the impact.

The racer is currently recovering from a fractured C1 vertebrae as a result of this crash. Thankfully, the C6 vertebrae he injured back in 2010 at the North West 200 was not impacted again with this particular crash. Plater officially thanked Aberystwyth Hospital in Wales for providing such good care, as well as Arai Europe and Acerbis UK for their great protective gear which prevented serious injury.

Further down in the Twitter thread, Plater confirmed that he does still intend to attend the 2020 North West 200 and TT events, so you’ll see him there if you’re going.

We at RideApart wish Plater a good and speedy recovery. Moments like this are also a great reminder of the importance of ATGATT, because even when you’re incredibly good, there’s always the possibility that something can go wrong. When we’re out riding, we can’t possibly control every single variable—so doing what we can to keep ourselves safe so we can ride another day is key.