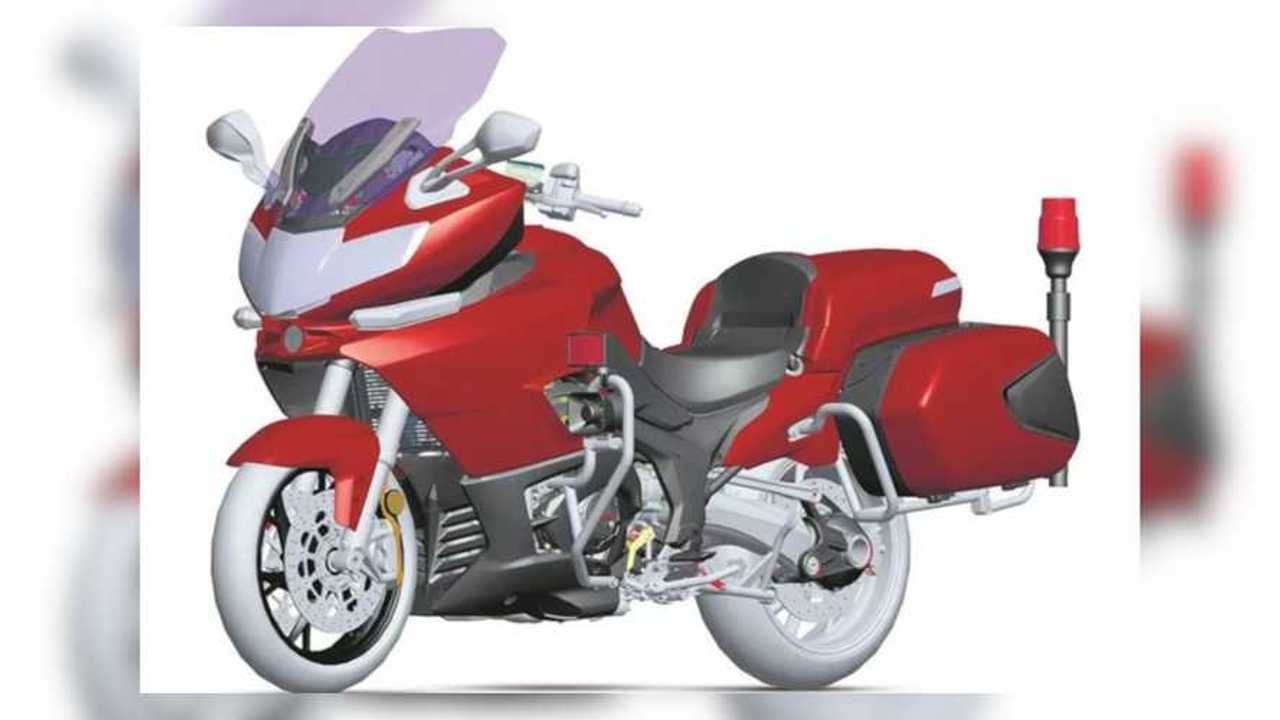 News comes at you fast, and sometimes from sources you don’t necessarily expect. Take China’s Ministry of Industry and Information Technology. You might not expect to find out about an upcoming motorcycle from that organization, but in at least one case, you’d be wrong. According to the recently-released 328th edition of its “Road Motor Vehicle Manufacturers and Product Announcements” guide, the QJ1200-3 motorcycle from Qianjiang is coming! Here’s what we know.

Keeping An Eye On The Competition:

The images you see here are the official images, as procured from MIIT’s catalog. They’re not great, but they’re what we have so far. It’s early days in terms of the life of this information, so we have to make do with what we have. Current speculation is that this 1200cc beast is intended first for police use in China, and then perhaps for consumer use.

Inverted forks are plainly visible on these models, as well as dual-disc front brakes, a shaft drive, and the huge windscreen, storage space, and ample saddle you’d expect from a BMW-challenging tourer.

Key specs listed in the MIIT guide include the 1209cc engine, which most sources speculate is based on the existing Benelli 1130cc triple (Benelli, in its current form, is owned by Qianjiang). This beast has a claimed curb weight of 338kg (or 745 pounds...oof), and an alleged top speed of 220kmh (or nearly 137 mph).

The thing to remember about Qianjiang is that it’s a chameleon working behind the scenes. On the one hand, we have the small-displacement Harley-Davidson HD350 project. On the other, we have this absolute behemoth of a seeming BMW-challenger that will likely be branded as a Benelli. There’s also a rumor of an ADV version planned for the future, but that’s solidly at rumor status right now, with not even any rudimentary models to back it up.

QJ is a manufacturer that can do both big tourers and small everyday bikes, and in these times, that’s probably smart. Only time will tell how smart, exactly, once the QJ1200-3 gets closer to actual production, and we learn more than just the preliminaries about it.