It promises compatibility with all moto helmets.

[CORRECTION: EyeLights reached out to us to make some clarifications. While the first EyeLights HUD unit only worked with the company's own application and a worldwide map with free updates for life, the new unit that EyeLights is launching with this Kickstarter will work with Waze, Google Maps, and other nav apps as well.

Another heads-up display manufacturer is about to enter the arena. French company EyeLights is about to launch EyeRide, a heads-up display unit that the company says is compatible with all motorcycle helmets, on Kickstarter in February 2020. Here’s what we know so far about it. 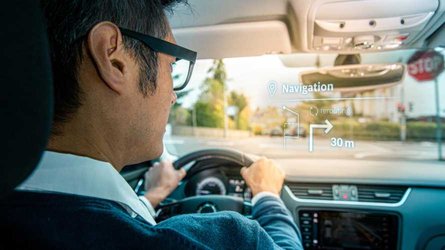 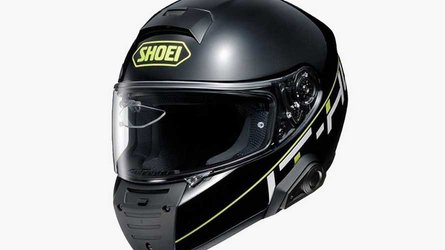 The EyeRide unit consists of an outer control unit that mounts on the side of your helmet, as well as a small projector unit that mounts inside your helmet, just above one eye. From the image EyeLights posted on its website, as well as the video, it appears to mount above the right eye. It’s unclear at this time whether you could also choose to mount it over the left eye instead.

One thing that sets this unit apart is that it relies on Discord for group communication, rather than Bluetooth. This could theoretically allow even a large group to communicate while on the road. However, that’s assuming that Discord isn’t down and also that you have a solid connection. Also, the ability to use Discord for rider communication relies on other riders in your group also using Discord-compatible comms units, so this still may or may not work for you.

Comms options otherwise look pretty familiar, for anyone who’s used other headsets recently. Voice controls for GPS, music, and calls are all there for hands-free operation. Besides the reliance on Discord, the main difference is of course the HUD integration.

Here’s where EyeLights’ choices may or may not lose riders. EyeLights relies on the same GPS map system as Garmin HERE maps. According to the company’s FAQ, it’s not currently compatible with other maps apps you may use, such as Waze or Google Maps. However, potential users may be relieved to note that EyeLights plans to release future updates and product improvements free of charge, so this isn’t a software-as-a-service subscription scenario.

Hopefully, once the Kickstarter launches, we’ll have more information on specifications for this device. The company mentions special early bird pricing if you sign up for updates ahead of this launch.