This Denzel Truvor Electric Scrambler Raises So Many Questions 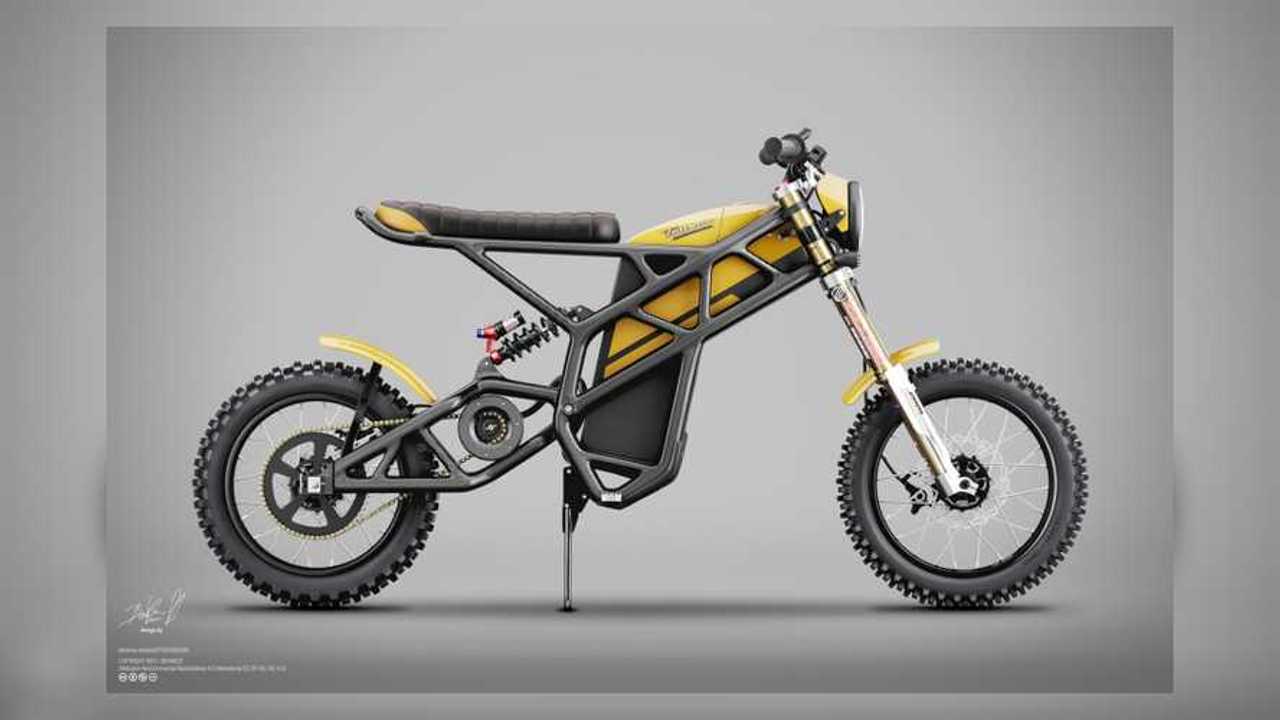 What even is 'real' anymore?

Remember Denzel? No, not the actor—the e-bike and electric motorcycle manufacturer. Back in 2017, it teamed up with designer Pablo Baranoff Dorn to create a couple of pretty attractive little e-cafe racers. By the end of 2018, it announced that it was seeking U.S. dealers to pair up with so it could sell this bike in the States. So far, it doesn’t look like that’s happened—but Denzel isn’t letting that stop it from introducing another PBD-designed electric bike. Folks, meet the Truvor.

Other Ghosts In Other Machines:

A few different options are available, including your choice of 16, 17, and 18-inch wheels. The finished product will be available in three colors: black, white, and yellow. Per Denzel, samples should roll out in March 2020, with production bikes to follow in April 2020. The company is now taking pre-orders, and requires a $500 deposit via PayPal if you want one.

Terms are somewhat confusing as listed on East Gem’s web page—that’s the parent company of the Denzel brand. It reads:

“This deposit cannot be refunded. You cannot refuse the order and request to return the deposit. If you have changed plans or circumstances, you can transfer your rights to this bike to another person. If, through our fault, we are unable to deliver the bike within the specified time period, we guarantee to return your deposit.

All payments will be by PayPal. Using PayPal, we will send you an invoice including all the terms of the transaction. You will have an opportunity to verify and confirm the terms and specifications of your purchase. Once [you’ve made] the deposit, you have agreed to the transaction.

If we do not comply with the conditions of this contract (invoice) - you have the right to apply a complaint with PayPal - PayPal employees will check the terms of the transaction and make a decision (usually in favor of the buyer) - usually these disputes last no more than 20 days.

Also, if suddenly the bike that you receive does not meet the requirements of the invoice - you can also apply a complaint with PayPal - for a refund and cancellation of the transaction.”

So, is it refundable or not? While some of you may be hanging from nearby chandeliers and shouting “it’s a trap,” I’d like to acknowledge that it could simply be a poor translation.

Here’s the thing, though. East Gem, through its Denzel brand, has rolled out a number of e-bike designs over the years. Electric bike enthusiasts get excited about the designs—but if you look around, you don’t see a lot of information about actual, finished bikes and how they fare out in the wild.

The same is true of the Denzel Electric Cafe Racer. Sure, it looks nice. I can appreciate it as a design exercise. Has anyone actually received one and put it through its paces, though? It’s possible. I mean, it’s a Chinese company, and I’m fully willing to admit that there’s plenty of Internet that I can’t read because I only speak a limited number of languages. To date, though, I can’t find reviews of this bike on the ground. If you know of any, please share links in the comments—no matter what language they’re in. I’d just love to know that there are real reviews somewhere.

I mean, the two email contact addresses are one at the East Gem domain, which makes sense … and a Hotmail email address. It’s 2020. Does that make you as uncomfortable as it makes me?

Whether I like designs isn’t the point. I’m one person. I want to see as many different electric motorbike options available as possible, because different people have different tastes. I feel like the more choices we have, the better. So I want to see companies like this succeed—but I have some serious doubts about whatever is going on here.

For heaven’s sake, the company just announced a brand new electric scooter, the Denzel Volt, on its Facebook on January 12, 2020. Keep in mind that it hasn’t even started rolling out the Truvor yet. That’s a lot of stuff happening at once for this small company. I’m not pointing any accusatory fingers at this point, but I am saying that we might want to wait and see what happens.