The Denzel Electric Cafe Racer Is Coming To The States 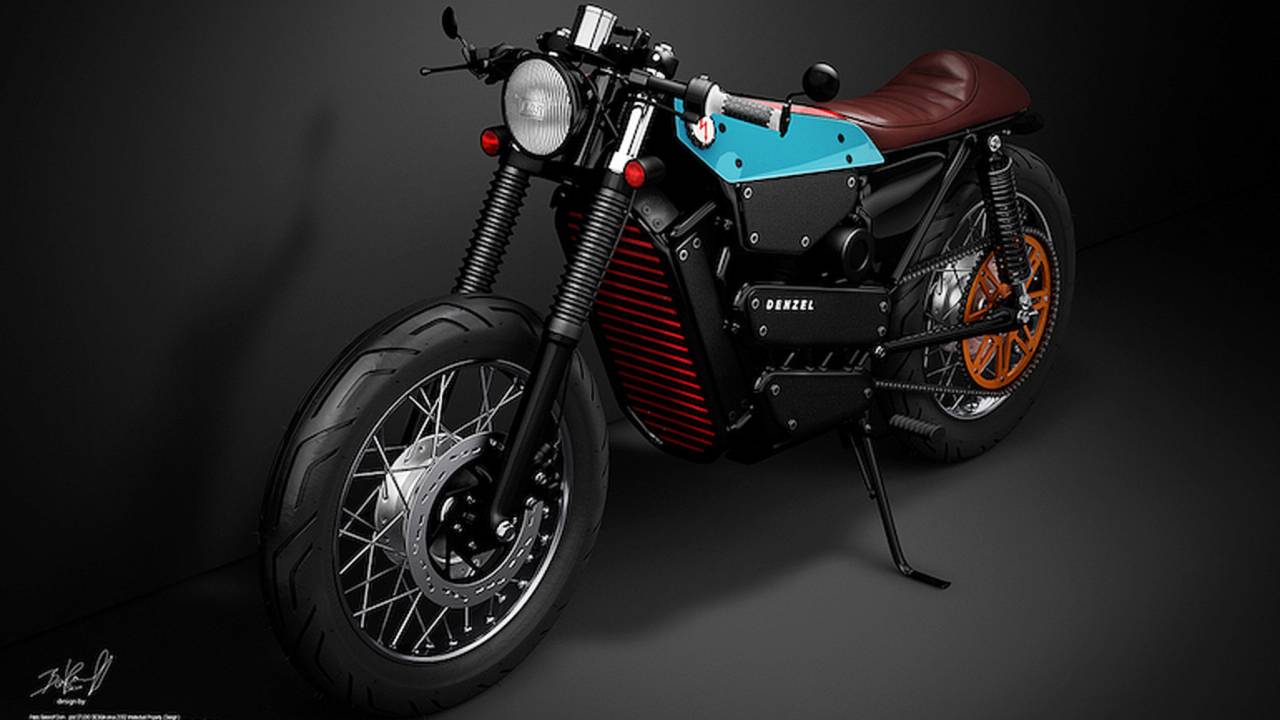 The Chinese electric bike company is looking for U.S. dealers.

CHARGING INTO THE FUTURE

Denzel has dropped the original "E-cafe" name and blatant "Honda-inspired" connections from all of its information about the bike, but the looks of it still closely resemble an old Universal Japanese Motorcycle that has been chopped down into a lean mean cafe racing machine. The ECR V1, as it is now called, appears to be the same bike that Denzel introduces this past January, and that began shipping in November. That means the same good looks, a 7.5-kilowatt electric motor, and a top speed of 58 mph.

Though certainly inspired by the old 125cc Hondas, the ECR V1 is a fresh design from the frame up. The 13-horsepower motor has a direct chain drive to the back wheel, eliminating gear shifting and improving efficiency while retaining its classic motorcycle looks. Yet it also has modern features like cruise control, regenerative braking, and a built-in 2,200-watt charger that turns any outlet into a charging station. Two batteries are available, a 42 amp-hour battery that provides up to 62 miles of range, or a 60 amp-hour battery with an 87-mile range. Both are available to order online right now for just a $100 deposit, though you may want to verify how or if you'll be able to take delivery without a dealer network in place at this time.

The Denzel website currently shows nothing but a "coming soon" page for dealers. However, a post on EV Nerds clearly states Denzel's desire to set up shop in the U.S. with the first bikes arriving in March or April 2019. It looks like a pretty cool ride, and I hope some American dealers take up Denzel's call to sell and service these bikes.