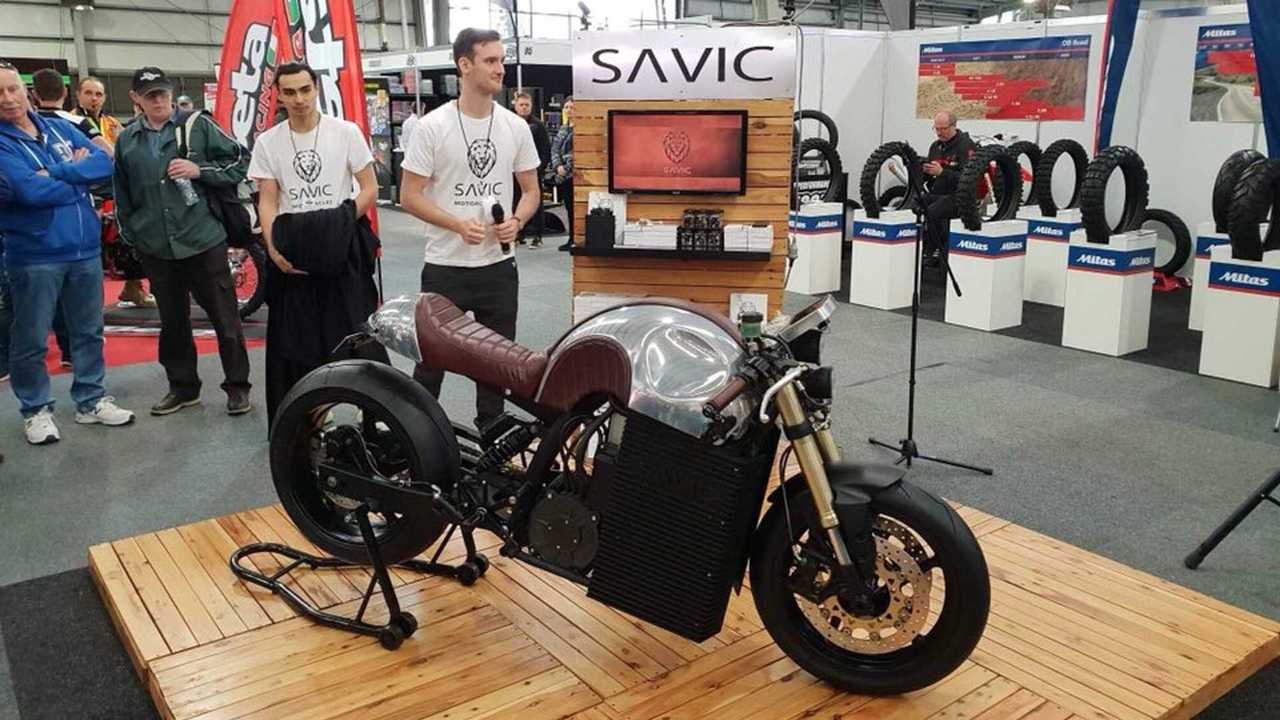 Some electric swag from down under.

The latest newcomer to the electric motorcycle market isn’t American or Indian—this time, we could soon be seeing e-motorcycles coming from down under! Aussie startup Savic made its debut at the Melbourne Moto Expo with its first concept and things look really promising. The best part: the low price point.

They say everything in Australia is out to kill you, so you need a fast bike to make a swift getaway. With an electric bike, you even have the luxury of a quiet escape, which is a bonus. With all that in mind, the Savic Alpha could be just what you need! Young entrepreneur and engineer Dennis Savic started his own company with the ambition of building an entire lineup of electric and affordable electric bikes. In doing so, he also becomes

The first concept to sport the lion head Savic badge is the Alpha, the flagship model, an elegant-looking café racer-inspired model. The swooping silhouette of the matching gas tank and saddle seem to float above the battery compartment, an admittedly bulky black box with radiator-like stripes. The clip ons with bar-end mirrors and absence of a pillion add to the bike’s retro vibe. The vintage look clashes with more modern elements, including the dual headlight and digital gauge display.

Where things get very interesting, is when you look at the numbers. In fact, the Alpha is expected to produce 80 horsepower thanks to the 11 kWh battery, with a peak torque estimated to reach 110 lb-ft and an anticipated top speed of 100 miles per hour. In an urban context, not taking full advantage of the Alpha’s talent for speed will get you an estimated range of roughly 155 miles which is well within a lot of gas models’ average range. How much, you probably wonder at this point? Savic is hoping to market its top-of-the-line model for $14,500 while the entry-level Omega (not shown yet) is expected to go for as little as $8,700.

Savic is targeting an official introduction to the market for 2020 with a first run of 50 to 100 units. The company will start taking orders on November 23, 2018. The startup will face a few challenges considering the culture of electric vehicles isn’t as spread out in Australia as it is in North America. Charging infrastructures have yet to expand, but it’s never too late to get the ball rolling, and if things go well for Savic in its homeland, chances are the brand will expand its market and we might one day ride on that sweet-looking electric beast.