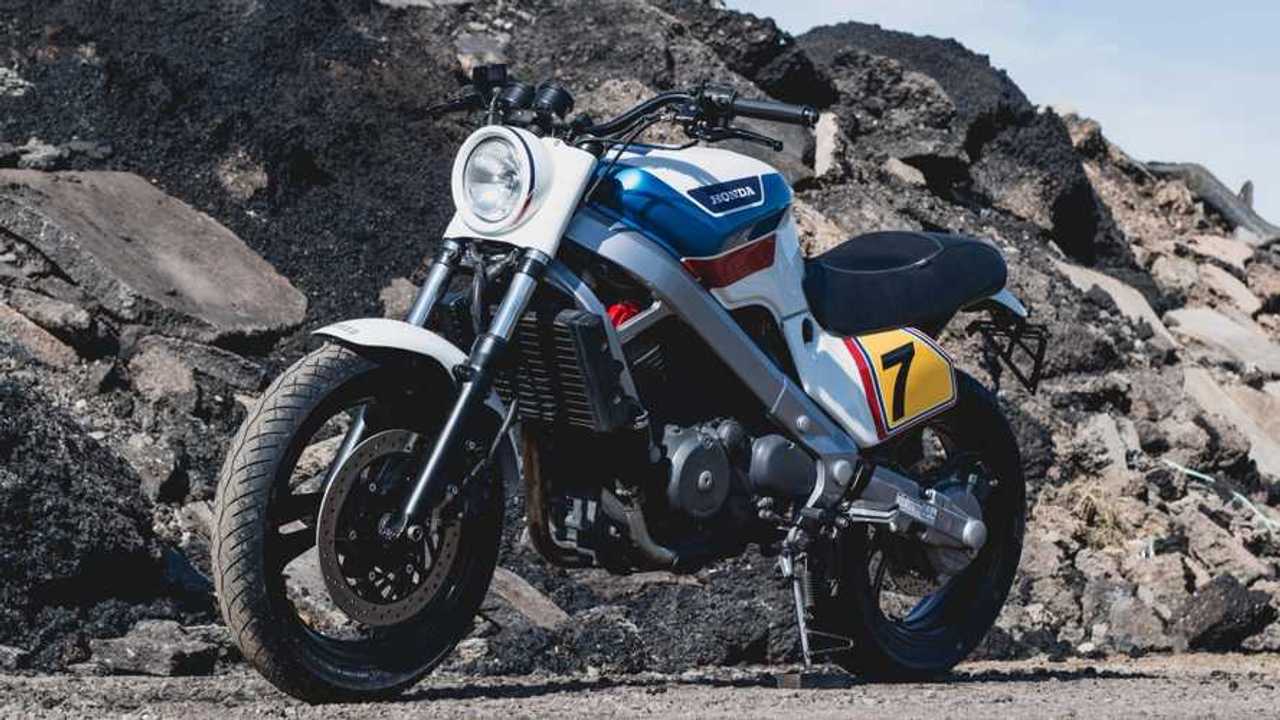 By the mid-1990s, Honda had already hit several design high points—not the least of which was the lasting legacy of its legendary VFRs. That didn’t make it immune to some questionable design choices along the way, though, such as the mid-1990s NTV650. A younger European-market cousin to the more aesthetically pleasing Hawk GT NT650, this variant did, at least, have a shaft drive. That’s, um, something, right? Mostly, though, it was just ill-proportioned and clunky.

That made a 1996 Honda NTV650 a unique challenge as a donor bike for Glauchau, Germany’s Kaspeed Custom Motorcycles to trim down and beautify. By the time they’d finished, the original gawky, slightly chunky, awkward ‘90s teenager of Honda’s was gone. In its place, there stood a more aggressive, sporty roadster version. The finished result even has a decently padded saddle that actually encourages you to spend time riding it.

Working within Kaspeed’s given budget meant keeping the stock frame and engine pretty much as-is. A suspension upgrade in the form of an adjustable rear shock, as well as a new linkage to give that tail end a little lift instantly made a difference to the stance, according to BikeEXIF.

A subframe rebuild and several more aesthetic tweaks later, and Kaspeed solidly brought this relatively unloved Honda back from the brink. You see, much like a criminally neglected Pokémon, the Honda NTV650 later evolved into the disappointing Deauville, and no one wanted that. No one.

The custom NTV650 roadster looked better but it also needed to sound better. Kaspeed stuck with a Leo Vince exhaust, and told BikeEXIF, “Deep and almost supermoto-like would be how I’d describe the sound.”

Pulling from the new Africa Twin for aesthetic inspiration definitely didn’t hurt. All things considered, the end result is now the She’s All That of formerly awkward ‘90s Hondas. All Kaspeed had to do was give it a bit of a makeover, because it turns out the real hotness was there all along.