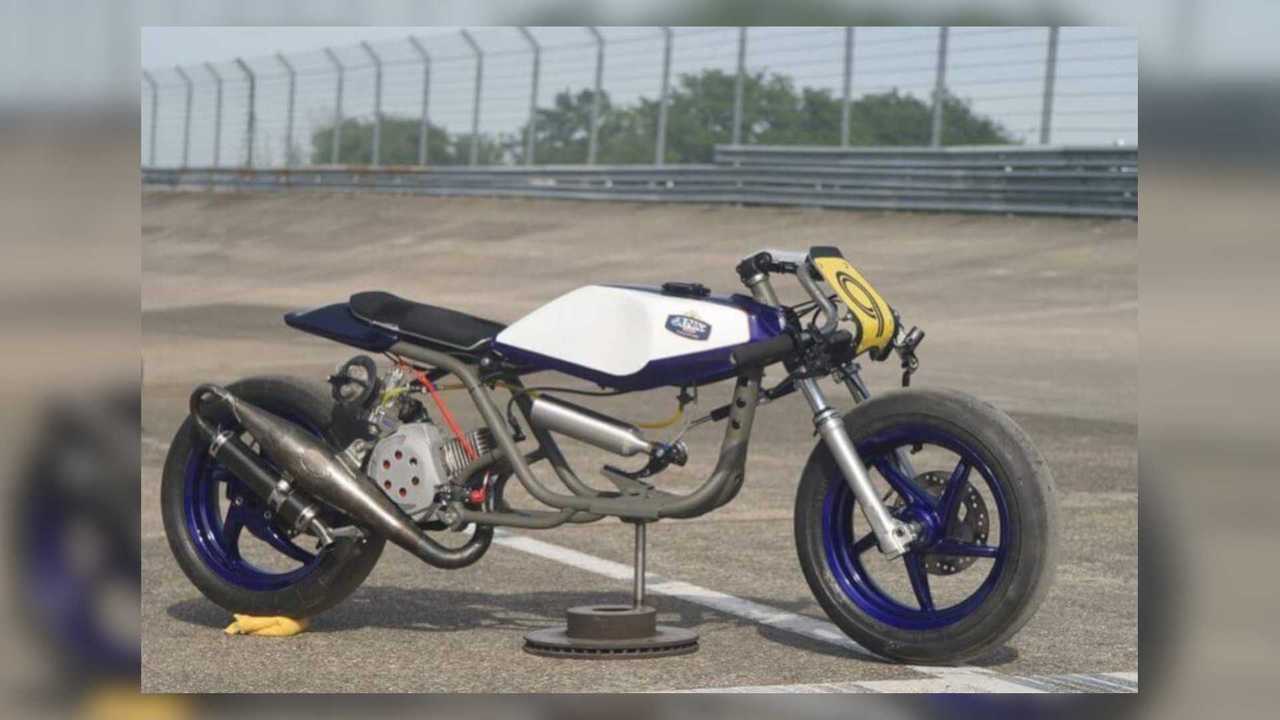 Scooters aren’t usually seen as serious speed machines. For every sporty little SR 50, there is a flotilla of classic-harking modern Vespas, Buddies, and other similarly vintage-minded scoots of various ages. While these are great, they’re not going to set your hair on fire, you know? On the extra-practical end, there are big ol’ rolling couch maxiscooters, like the aging mid-2000s Burgman 400 that I still have. Is it a good workhorse? Totally. Is it fast? Absolutely not.

That, perhaps, is what makes this ANX Prototypes Piaggio NRG build seem so deliciously bonkers. It’s a two-stroke, NOS-fueled drag racing machine that most assuredly lives its life a quarter-mile at a time, and somehow weighs just 56kg (or 124 pounds).

Dubbed the ANX Sprint Racer, this build started life as an unassuming 50cc Piaggio NRG from the mid-oughts. You can read the full story at BikeEXIF, but it’s basically the tale of a bunch of scooter customizers in Cologne all converging on this build to make it truly one-of-a-kind. I kind of mentally picture it like a flock of Disney fairy godmothers, only with an NS400R fairing and exhaust, Aprilia forks, Honda V30 Magna ape hangers, a Kawasaki AR50 tank, and some 13-inch race slicks (I knowwwww). Inspirational madness? Check.

As we should all know by now, if you get a bunch of talented customizers together, chances are excellent you’re going to end up with some cool one-off bits on your bike, as well. The entire bespoke tail unit on this bike is made of carbon fiber, connected to an aluminum seat pan that uses titanium quick-release fasteners to provide easy motor access, right when you need it.

The stock engine made a paltry 4 PS (just under 4 HP), but by the time they were done with it, the fighting fit ANX Sprint Racer was cranking out 20 PS (that’s 19.7 HP). Stock, the 50cc NRG weighed 94kg (that’s 207 pounds). The ANX Sprint Racer is now a lean, mean, and completely unapologetic 70cc machine.