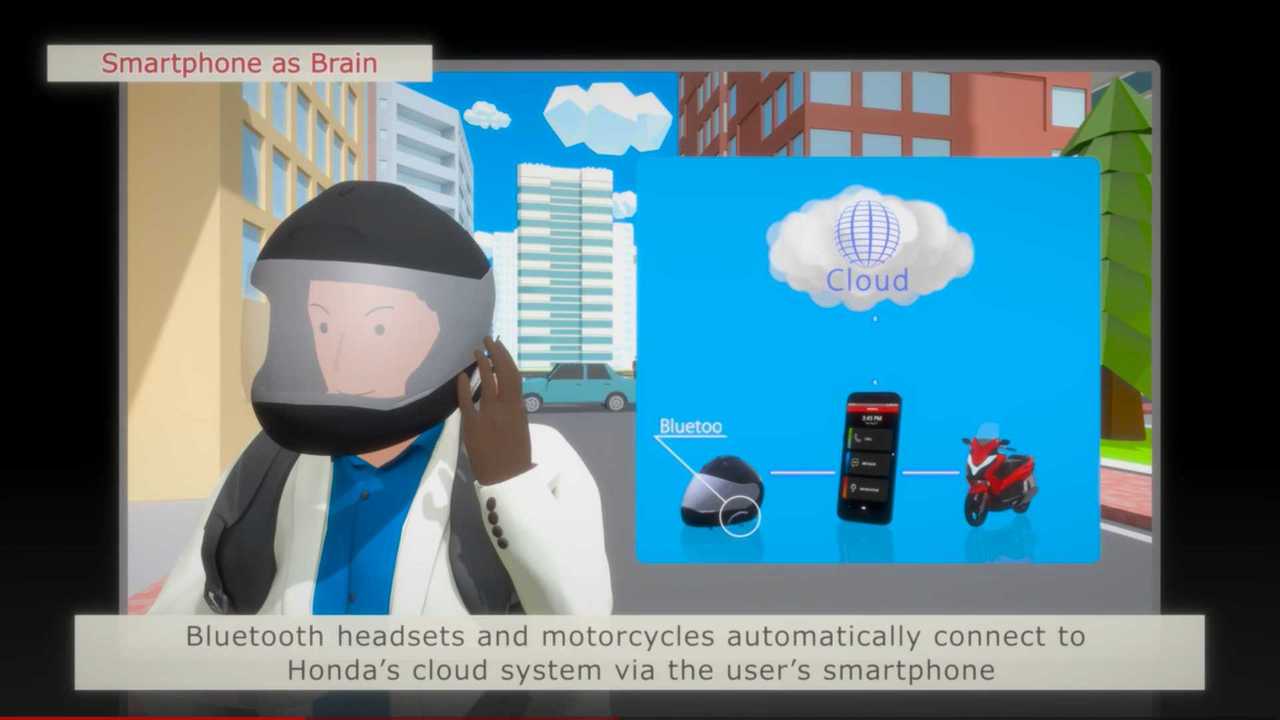 Connect all the things.

It seems like there’s a lot for motorcyclists to pay attention to at CES 2020. From new bikes to new tech, there’s going to be a lot to explore during what might be an otherwise dreary January. Honda, naturally, doesn’t want to be left out. That’s why Team Red is planning to unveil its new Smartphone As Brain system at the show.

Since the plan is to unveil the full system at CES 2020, we don’t have a lot of details yet—but here’s what we know so far. Jointly developed with Drivemode, which Honda acquired in October 2019, Smartphone As Brain is Honda’s way of integrating your existing smartphone with your Honda motorcycle or car.

Questionable name choice aside, it seems to do the same things a lot of similar systems do.  These include updating your arrival time for contacts you’ve added to that feature, as well as giving you turn-by-turn navigation via both dash display and audio instructions. SAB also allows you to make calls, listen to, and dictate text messages as you’re piloting your Honda vehicle.

Another feature called out in the video is a Waze-like ability to note road hazards, such as potholes, from within the app. Honda’s video example shows a motorcycle rider pulling over and manually entering this information while stopped at the side of the road.

Warnings like that are, of course, very useful to other app users. However, exactly how often people will actually pull over to safely input this information instead of dangerously entering it while still rolling along is unclear, at best. Call me cynical, but I’ve been riding too long to inherently trust that particular point of human road behavior.

It’s also not clear whether someone who has both a Honda motorcycle and a Honda car outfitted with this system will be able to seamlessly go from one vehicle to the other with all their preferences intact. Likely, no one wants or needs yet another technology silo to find themselves strapped into, but it’s still a question that’s likely to arise among potential adopters.

We’ll have to wait and see what, exactly, Honda reveals with this system at CES in January 2020.