We finally get more details surrounding the Rossi vs Hamilton ride swap that took place on December 9, 2019. Both the Formula 1 and MotoGP teams had yet to reveal the details of the encounter but now that the dust has settled, we learn more about how well Rossi did on four wheels and Hamilton, on two.

We finally who know who performed the best in the other's shows and the answer is Valentino Rossi. In fact, the MotoGP champion was only a second and a half slower than Hamilton's best time on the Valencia track. The Formula 1 driver clocked in four seconds behind Rossi's best lap.

In addition, Hamilton also admitted to crashing the MotoGP Yamaha YZR-M1 during the swap—nothing major—but ultimately brought the bike back in once piece.

Both champions have a history of crossing over on special occasions. Valentino Rossi has taken the wheel of a Formula 1 car before, notably taking Michael Schumacher's Ferrari out for a spin in 2004. As for Hamilton, he jumped in the saddle of a Superbike Yamaha YZF-R1 in Jerez, in 2018.

There’s been talk of MotoGP champion Valentino Rossi and Formula 1 champion Lewis Hamilton swapping seats for a couple of track laps for a while now. The exchange finally took place on December 9. What happened exactly? Nobody really knows: both racing teams remained tight-lipped about the long-awaited clash of the titans. Not a single picture or video showing the two pros lapping each other’s vehicles in Valencia was available, possibly in a marketing attempt to build up the hype. Houston, we finally have a visual. 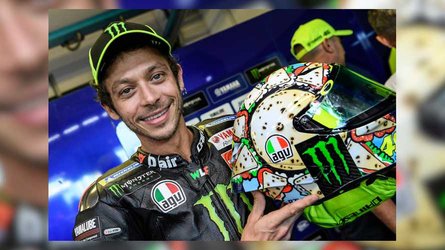 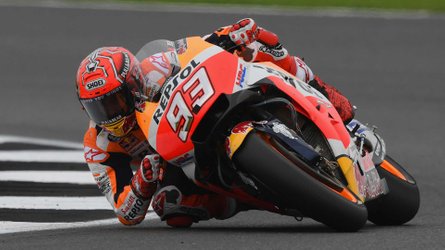 We don’t get the times nor has there been any mention that a TV of video special of some sort was being prepared. The people that were involved in the two racing legends’ meeting have kept awfully quiet since the event. Until Wednesday, there wasn’t even a single picture that revealed how the Rossi and Hamilton encounter went down.

A short video showing the interactions between the two racers as well as their experience out on the track in Valencia, Spain was finally released on Wednesday. The first to hit the track is Valentino Rossi in his fire retardant suit. We get to watch him take the 2017 Mercedes AMG Petronas F1 car out for a spin—something the Italian racer is familiar with. In fact, Rossi had the chance to drive Formula 1 cars on a number of occasions over the course of the past 15 years. He was apparently so good at it that it sparked rumors he would crossover to four-wheel motorsport.

Then it’s Hamilton’s turn to suit up and hit the track, this time on Rossi’s 2019 MotoGP Yamaha YZR-M1. Despite also having experience on a race bike, Hamilton received some coaching from Rossi’s fellow racer Franco Morbidelli on the track’s lines and apexes. Rossi soon joined Hamilton on two wheels and the two got to take a lap together. Both champions raved about each other’s performance, as they would, but no official times have been released. Guess we’ll have to wait until the teams are ready to make some big announcement to know who did better between Rossi in an F1 and Hamilton on the M1.