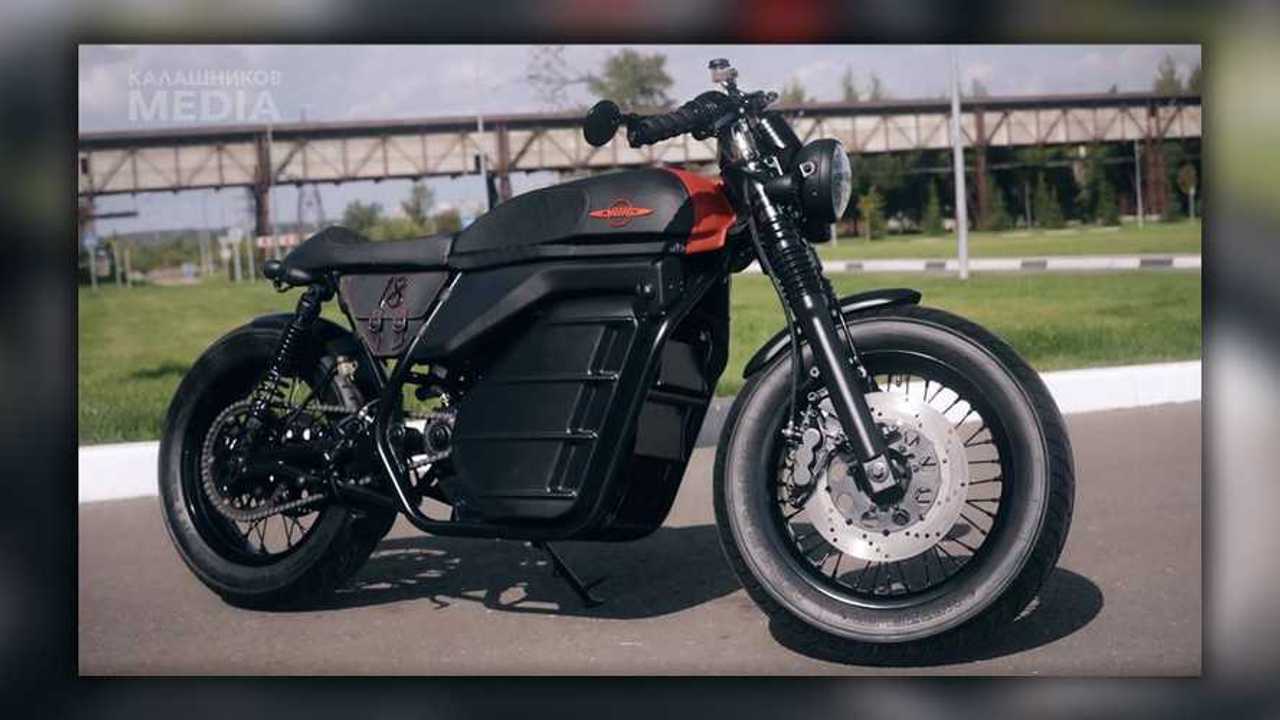 British flavor with a Russian twist.

Whether you are familiar with weapons or not, the name Kalashnikov probably rings a bell. Any kid who’s played James Bond: Golden Eye on Nintendo 64 knows the name—I know, I’m one of them. While the Russian manufacturer is best known for its AK-47 rifle, its subsidiary Izh also makes motorcycles. In 2018, Kalashnikov’s division Izh introduced the SM-1 and UM-1, a pair of electric adventure bikes—the first one limited to military use, the other one destined for us mere civilians. Well, the company is now taking a less practical and more romantic approach to motorcycling with the introduction of an electric café racer concept.

This Ride For You, Komrad:

First off, I have to say, compared to the other Izh recently introduced, this is quite the departure from the brand’s modern-day aesthetic. In other words: it looks surprisingly good. From the single round headlight, the clip ons with bar-end mirrors, the dual shocks, and spoke-wire wheels—the look is delightfully retro. The gas tank and flat saddle create a continuous line, sitting on top of the double-cradle frame in addition to the clever design that integrates a pair of bags under the saddle, where the side covers would be located.

At its core, the electric motorcycle concept uses a standard Lithium-ion battery good for 50 kW or 67 horsepower which isn’t too shabby. Where it doesn’t shine as much, however, is in the performance numbers—the bike is expected to offer a range of roughly 60 miles and have a top speed of 60 mph. Considering electric manufacturers are in an arms race to produce the electric motorcycle with the best range on the market, this is a lot less than the numbers we’re getting used to.

For now there is no talk of commercialization and obviously no mention of a Kalashnikov bike coming to the U.S. At least it’s pretty to look at right?