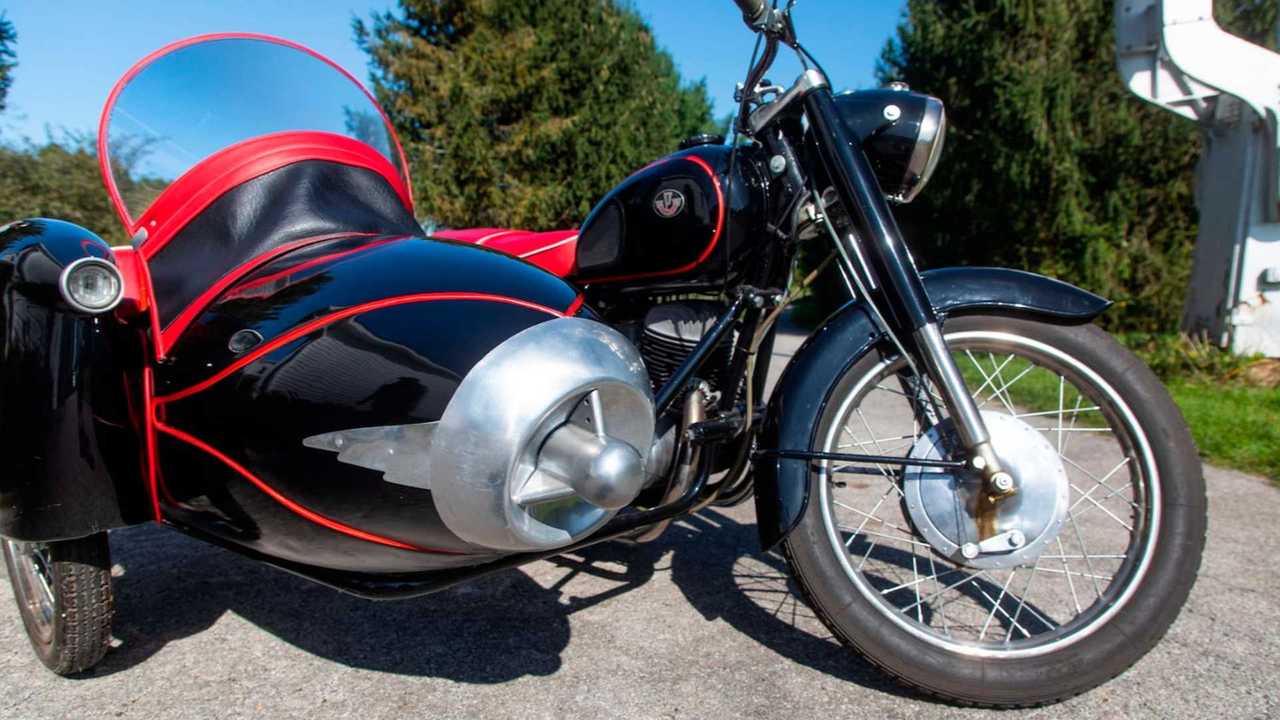 Like many early motorcycle manufacturers, Manfred Weiss Steel and Metal Works started out making bicycles. The year was 1928, so it wasn’t quite as early as some others—but by 1931, the company was making its first modest single-cylinder, two-stroke motorbikes at its factory on Csepel island, in the Danube River, just outside of Budapest, Hungary.

A Side Of Sidecars:

Prior to the two World Wars, Manfred Weiss was a major industrialist in Hungary. This company was just one small part of his empire. At the time, WM was the single largest machine factory in Hungary. It manufactured all kinds of metal goods, including agricultural and other heavy machinery. In fact, Weiss was so well-regarded that the emperor of Hungary even named him the Baron Manfred Weiss of Csepel. Eventually, this factory would come to be known simply as Csepel Works.

In war-torn, Nazi-occupied Hungary, the company produced engines for Messerschmitt. Weiss and his immediate family, who were Hungarian Jews, had managed to relocate to Portugal during this time. The company changed names while the family was, well, abroad, but still produced motorcycles under the Csepel name. By 1954, the same factory was producing both 125 and 250cc models under the names Pannonia and Danuvia.

The Pannonia 250cc air-cooled two-stroke engines first produced a modest 16 to 18hp, and continued, virtually unchanged, until 1970. That’s when a fancy two-cylinder 250cc engine was introduced that put out a comparatively grandiose 23hp. By the end of its life, Pannonia had fallen considerably behind in technology. Still, in 1956, it won the Bol d’Or 24-hour endurance race, which is nothing to sneeze at.

Because the Pannonias were so low on power, any sidecars attached had to be relatively lightweight. Shipyard Vaci Hajogyar produced a special line of sidecars for these bikes that it called Duna—Hungarian for “Danube”—that weighed just 155 pounds. They were steel-framed, and first featured bodies made of steel, but later models used aluminum instead. Both Pannonia and these extremely elegant Duna sidecars unfortunately ceased production in 1975.

Prior to their demise, Pannonia motorcycles were extremely popular in Hungary and surrounding countries. Unfortunately, not many still exist today. As of October 2007, one Estonian site noted that there were 77 Pannonias listed in the Estonian Motor Vehicle Registration Center.

This 1962 Pannonia with sidecar goes up for auction at Mecum Las Vegas 2020, with no reserve. Here’s video of a 1969 example, in which you can see that the beauty continued unabated.

Is the Pannonia the most beautiful Soviet-era motorcycle ever produced? It’s definitely up there. I have no idea what it would be like to live with, but surely the saying that “a thing of beauty is a joy forever” comes into play somewhere, here.