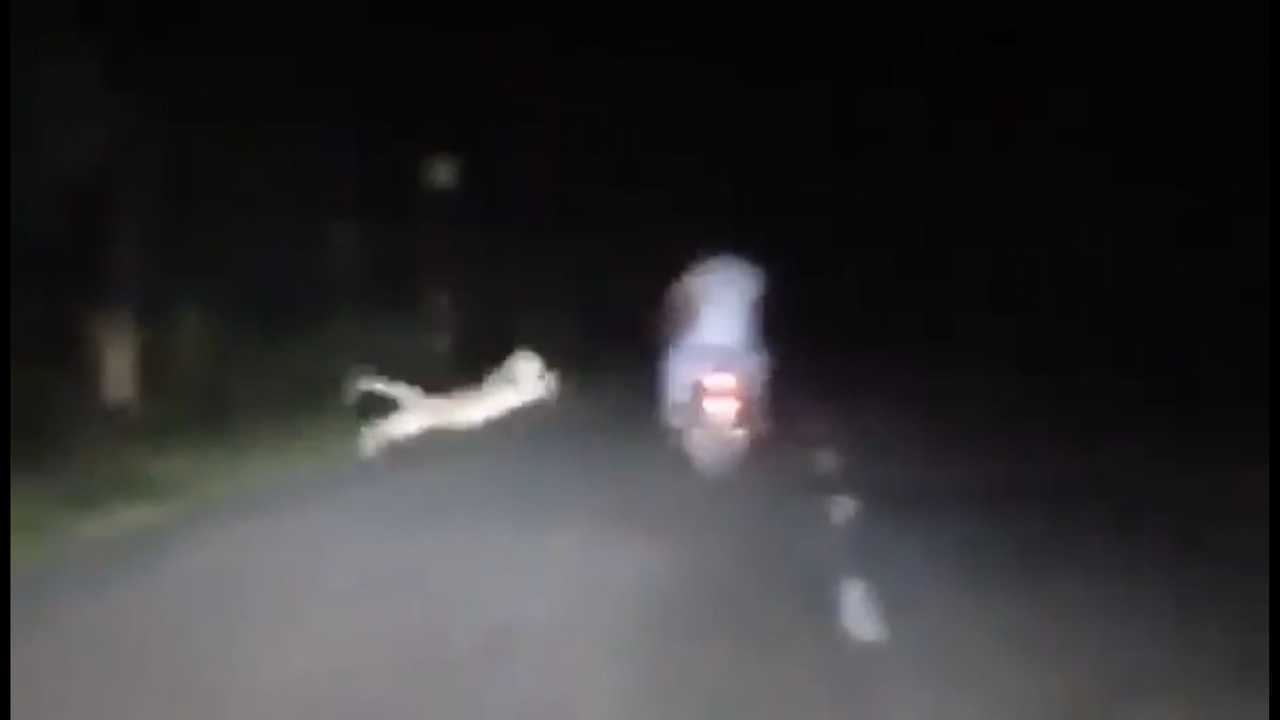 Tangling with local wildlife on two wheels is never a fun proposition. Most riders have lived through and heard horror stories of deer, moose, and other animals on a pretty steady basis. Big cats, though, are another story.

You Better Watch Out:

Back in July 2019, we saw this video of some riders narrowly escaping death by tiger. Now, elsewhere in India, an Indian Forest Service worker by the name of Susanta Nanda shared this video of another set of scooterists speeding past big cat danger of a different kind.

The video was shot at night on a cell phone. While that means the image quality isn't fantastic, it's great that these workers had the presence of mind to document the whole thing as it happened. Nanda and a coworker were in their truck and saw the whole scene as it went down.

In the tweet that accompanied this video, Nanda wrote, “How could the leopard miss it? All were waiting to give right of way to its real owner, the leopard, when a motorcyclist wanted to have his way.  Would have been his last ride. Please learn to respect the wild.”

In Nanta’s video, prior to the scooterist riding by, we could clearly see that some kind of animal was waiting at the side of the road. Was the scooterist simply oblivious while proceeding along this path? There’s no way to know.

It’s also not clear from the angle of this video how close the leopard cub actually got to the scooter and its riders. From what we can see, it’s more than close enough to be frightening. However, the leopard didn’t appear to make a sound as it pounced, and it also didn’t look as though the scooterists even reacted after this near miss. Only the forest service workers who saw the whole thing had any kind of real reaction.

Some Twitter users quickly responded to say it was a juvenile leopard who was “just playing,” and also that an adult one wouldn’t have missed. Another user asked why there’s a road through a forest anyway, which likely involves a complicated explanation that won’t fit in a single tweet.

In any case, those scooterists may not even know how lucky they are—but as long as humans and wildlife live so closely together, close calls will continue to happen. We just have to take as much care as we can to keep ourselves safe when we’re out riding, wherever we are and whatever our local wildlife situation is.