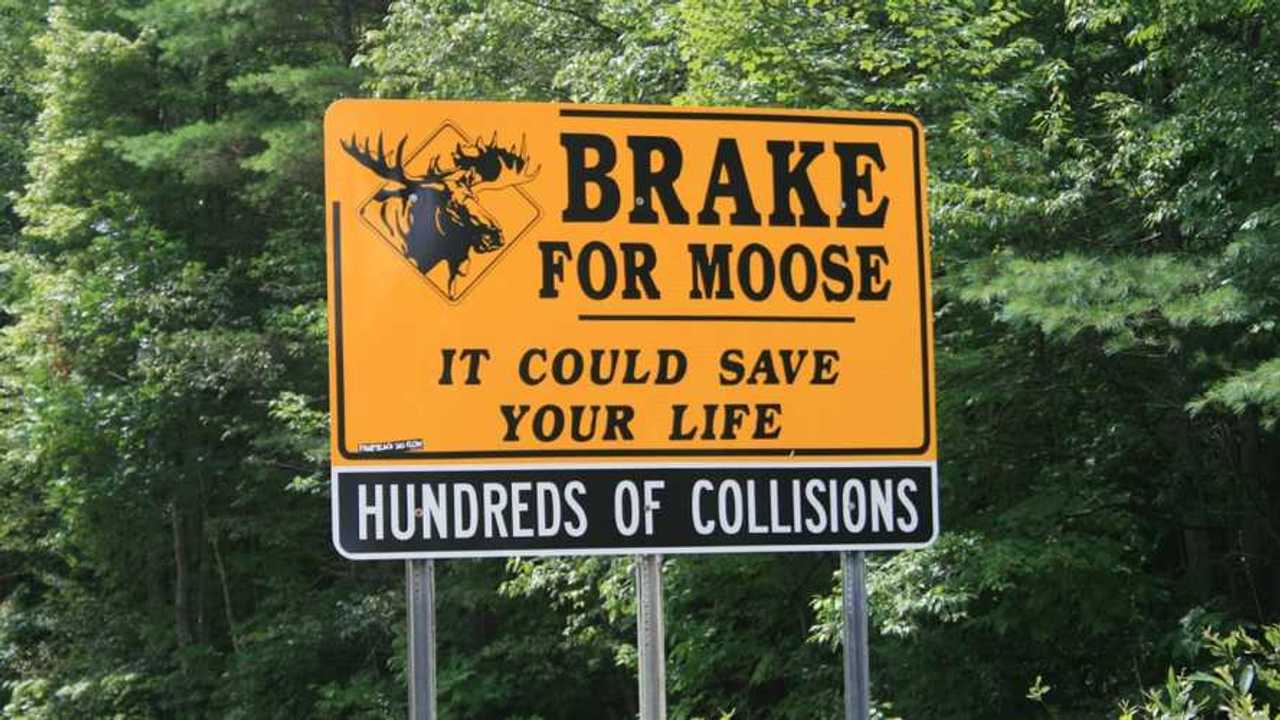 In a battle between a moose and a car, the car will lose. It's even worse for a bike.

Bullwinkle J. Moose is a pretty funny guy, but real life moose are no laughing matter. Though not typically aggressive, their large size and casual attitude from having few natural predators mean they can and will go wherever they want to, including public roadways. While their deer cousins (yes, they're related) typically run away from every potential threat, a moose is likely to just stand there, or perhaps casually saunter away when it's ready. This is bad news for cars, which don't weigh much more than a fully grown moose. The results of a moose collision on a motorcycle can be disastrous.

Nothing Up My Sleeve... Presto

Moose tend to inhabit the most northern areas of the U.S., as well as Canada. Idaho, Montana, Minnesota, and New Hampshire tend to see most moose vs. motorcycle collisions, despite Maine having more moose than any other state (an estimated 76,000 as of 2012, according to the Portland Press Herald). As a New Englander, I can vouch for having seen more moose in New Hampshire than any other state I've been to. In fact, while waiting for my wife to arrive with a trailer to pick up my Honda PC800 with a flat tire (busted valve stem, not a roadside repair) on Interstate 89 just north of Concord, New Hampshire, I got to watch a moose wander around in the wide median strip near me. The first state trooper who stopped to check on me had originally been tracking this moose and had lost it. He hung around with his blue lights on to warn passing traffic and keep an eye on this walking road hazard.

Besides their "honey badger don't care" attitude, the main reason why moose are particularly dangerous is that most of their significant weight is up high, supported by rather small legs relative to their size. When a car hits a moose, it takes out their legs, causing their full body mass to come crashing down on top of the passenger compartment. A motorcycle is likely to pretty much roll right under them except for tall fairings and baggage, so it's the rider's body that would take the brunt of the impact. That's not good.

I once bought this 1981 Suzuki GS1100L that was originally a fully-dressed touring bike but had suffered a close encounter with a moose. The bodywork had taken the brunt of the impact, so with the addition of some lighting, a generic aftermarket windshield, and a gauge cluster from a naked GS1100, it was back on the road. I have no idea if the same could be said for the previous owner. I never had any bad luck with this bike, so I like to think that he lived.

Despite their size, there isn't really any extra advice I can give you about avoiding moose in particular that doesn't apply to other types of road hazards as well. Don't ride faster than you can see, which is particularly true in the forests of New England where moose like to hide. Case in point, this video (foul language warning, which is justified in my opinion):

If the moose is already in the road, don't expect it to move. It may not, and physics are on the moose's side when it comes to sheer body mass. If you successfully stop for a moose, be prepared to get out of there quickly if you have to. Moose aren't typically aggressive, but they can become that way during their fall mating season, so be particularly careful around them then.

Essentially, to avoid these huge furry creatures, maintain constant vigilance and appreciate them from as far a distance as possible.