How Doodle Started Riding And Why She Loves It

Once Doodle started living life for herself, she tried new things and discovered motorcycling.

Everyone who rides has a different story about how they got started. Mine is as simple as an early childhood memory of my dad putting me on his bright orange Honda in front of him and taking a few slow laps around our yard. That, plus way too many episodes of CHiPs at a young, impressionable age, and here I am. Here, Doodle On A Motorcycle tells her own story about getting into motorcycles. 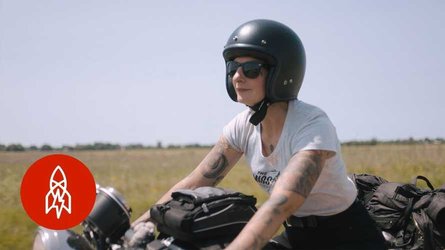 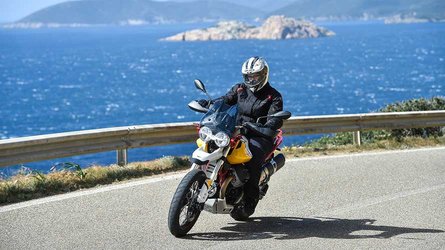 Doodle was one of those girls who was always in some kind of relationship. When she was, she'd pretty much do whatever the guy wanted to do. This didn't leave her much room to define her own interests and who she is as a person. After one particular breakup, Doodle decided to change that. She took at least one year off from dating and pursued some interests she never had before, such as scuba diving, photography, and motorcycling.

She took the MSF course before getting her own bike, and immediately she was hooked. After pondering renting bikes or taking more classes, it soon became clear that the most affordable way to ride was to buy her own bike. She picked a great beginner bike, a Suzuki Boulevard S40. After a while she gained more experience and moved up to a Triumph Bonneville T100, and now a Triumph Street Triple.

Doodle works in a conservative office setting. Much of her life outside of work consists of chores and other mundane commitments. "I just need something anti-all of that," says Doodle. She would love to take off on long adventures like some of her YouTube heroes, such as Rosie Gabrielle, As The Magpie Flies, and Jonna Jinton. She's quite committed to her family, though, and believes that after moving to the US from Dominica and giving her the best shot at a good life as they could, she owes it to them to make the most of the opportunities they gave her rather than running off on her motorcycle. Instead, she takes fast romps to the mountains, and more recently to the track.

So don't worry if you can't afford to quit your job and ride around the world like Ewan and Charley. If all you have time for is the occasional weekend ride between work, family, and other responsibilities, that's still better than not riding at all.