Meet The Daymak Beast 2.0 E-Scooter That Charges In 20 Minutes

The company claims this Beast can charge in just 20 minutes!

When you think about off-road scooters, the first thing that might come to mind—if you’re lucky enough to live where they’re available—is Honda’s X-ADV line. You know what, though? They’re not electric. That puts Canadian company Daymak’s new Beast 2.0 off- and on-road electric scooter entirely into a class of its own. 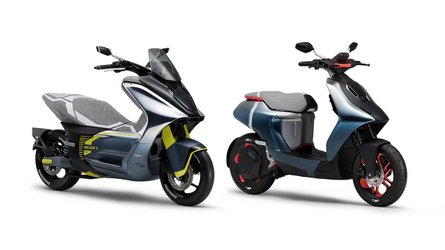 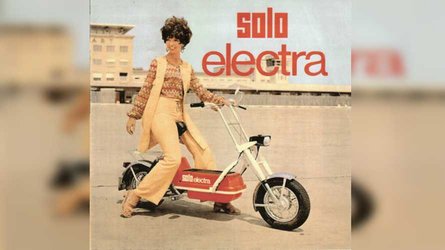 The very first Daymak Beast was introduced five years ago. At the time, Motorcycle.com reported that it was intended for “gentle off-road environments,” and featured a battery pack covered in solar panels. That meant it could recharge itself while it sat parked outside your work or school building, if you used it to commute.

There’s no mention of solar panels on the batteries of the Beast 2.0, at least not in Daymak’s official specs. What the company does claim is that it features new, fast-charging battery technology that will charge your scooter to full capacity in just 20 minutes.

The Beast comes in three separate grade levels: Ultimate, Deluxe, and Standard. The Beast 2.0 Ultimate is the only one that offers the 20-minute fast charge option, courtesy of its 60v25ah lithium-titanate oxide (or LTO) battery. Charging it for 20 minutes allegedly gets you 50 km (or 31 miles) of range. Additionally, this battery has a life cycle of 20,000 charges.

No matter which grade you choose, there’s a Daymak Drive app for both iOS and Android that allows users to adjust various settings for torque, range, and acceleration. It’s available in black or red, can carry up to 330 pounds, and has disc brakes all around to stop both you and your load efficiently.

Most Daymak dealers are located in Canada, but there are two US dealers located in South Dakota and Florida, according to the Daymak website. There are also a few scattered around the world, outside North America, as well.

The Standard version MSRP is $2,999, while the Deluxe runs $4,999. Due to tariffs, these prices should be relatively consistent in US dollars, as well. Cost for the Ultimate grade is simply listed as “TBD” at this time.

If you’re interested in a Beast 2.0, the Standards are immediately available from dealers, but the Deluxes will take 30 days from the time you order one to deliver. The Ultimates, meanwhile, are also listed as “TBD” under availability, as well.