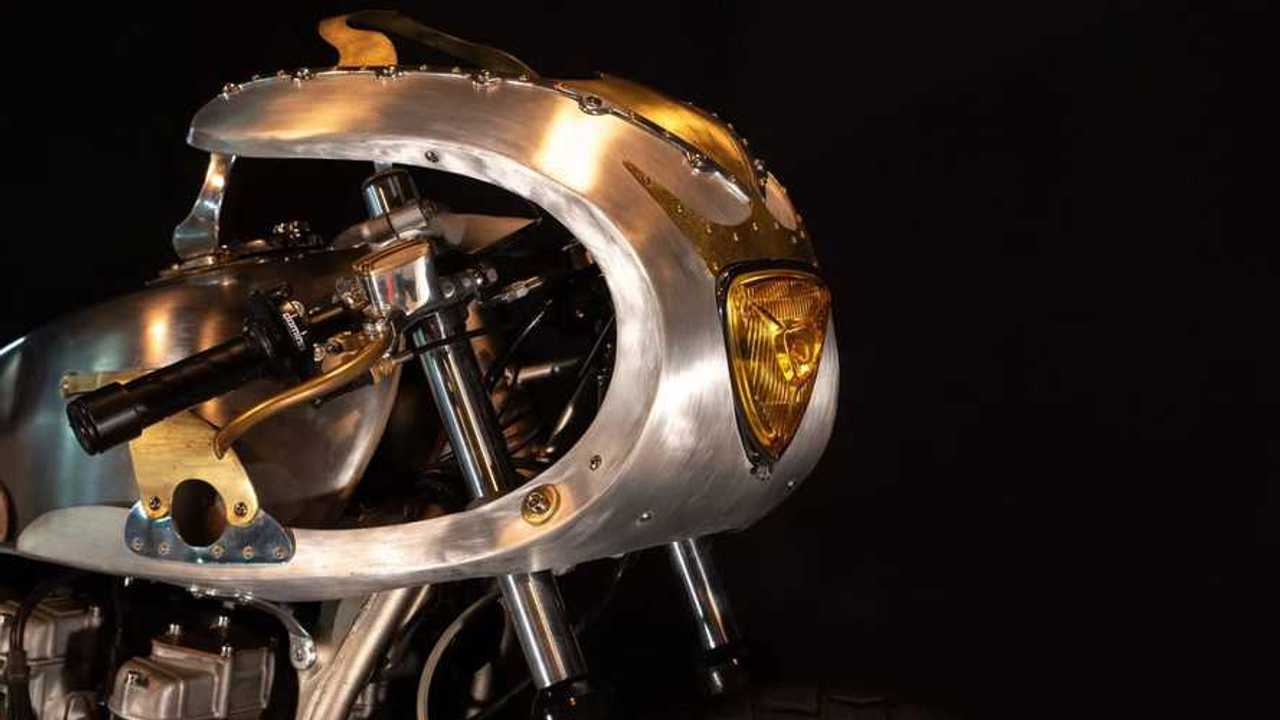 Time to get medieval!

The cafe racer scene is rife with custom builds. Unless you own a modern classic version of the vintage-styled bikes, you’re likely restoring a British or Japanese machine to former glory. While the custom community lends variety to conventional designs, it can also lend itself to trends. One such trend involves the preference for bare metal bodywork in lieu of traditionally painted tins. When Brent King of Mifune Werx Custom Motorcycles set out to rebuild a Kawasaki KZ650, he knew he wanted to add a twist to the bare metal fad.

This Gorgeous Honda CB650 Drag Bike Is A Real Pitbull

This Vincent-Powered Custom Is A Rolling Metal Symphony

King started the build by purchasing a non-running 1978 KZ650 from a neighbor. Produced between 1976 and 1983, Kawasaki’s medium-displacement standard served as a malleable form for the Ohio-based garage builder. After a temporary electrical fix and four separate valve adjustments, King got the engine to turn over—but that was just the beginning of the work.

With the motor bucking again, the builder replaced the entire electrical system and utilized a Motogadget fuse box as the new brain of the bike. From there, King swapped out the KZ’s old shoes for a set of spoked Buchanan Sun aluminum rims and drilled the stock brake rotors. Tek Bike dual-shocks and progressive fork springs steadied the ride and rear sets gave King’s steed a new sporting position.

Once the project’s stance and ergos were in order, King could get down to the highlight of the build: the metalwork. As a landscape architecture designer by day and martial arts instructor by night, King drew inspiration from numerous sources. His love of Kendo led to a fascination with old Japanese and English armor and the resulting craftsmanship is evident in the bodywork of the custom KZ.

Among other influences, King cited the work of Shinya Kimura and Max Hazan, two builders known for bare metal and leatherwork. King’s creation, named the Starbuck, certainly infuses the aesthetic of Kimura and Hazan but adds geometric elements of steampunk and organic touches of post-apocalyptic design.

The custom builder also embraced wabi-sabi—the Japanese aesthetic that values imperfections—by leaving numerous dents in the bodywork of the second-hand Kawasaki. King attributed his eye for design to the fact that his father was a sheet metal worker and his mother was a florist, two disciplines that lent to the various flourishes in the build’s bodywork.

Though there’s no shortage of styles and influences that King captures in the Starbuck, his custom Kawasaki KZ650 definitely stands out from the crowd of cafe racer builds.