The Triumph Bobber TFC Will Be Unveiled At EICMA 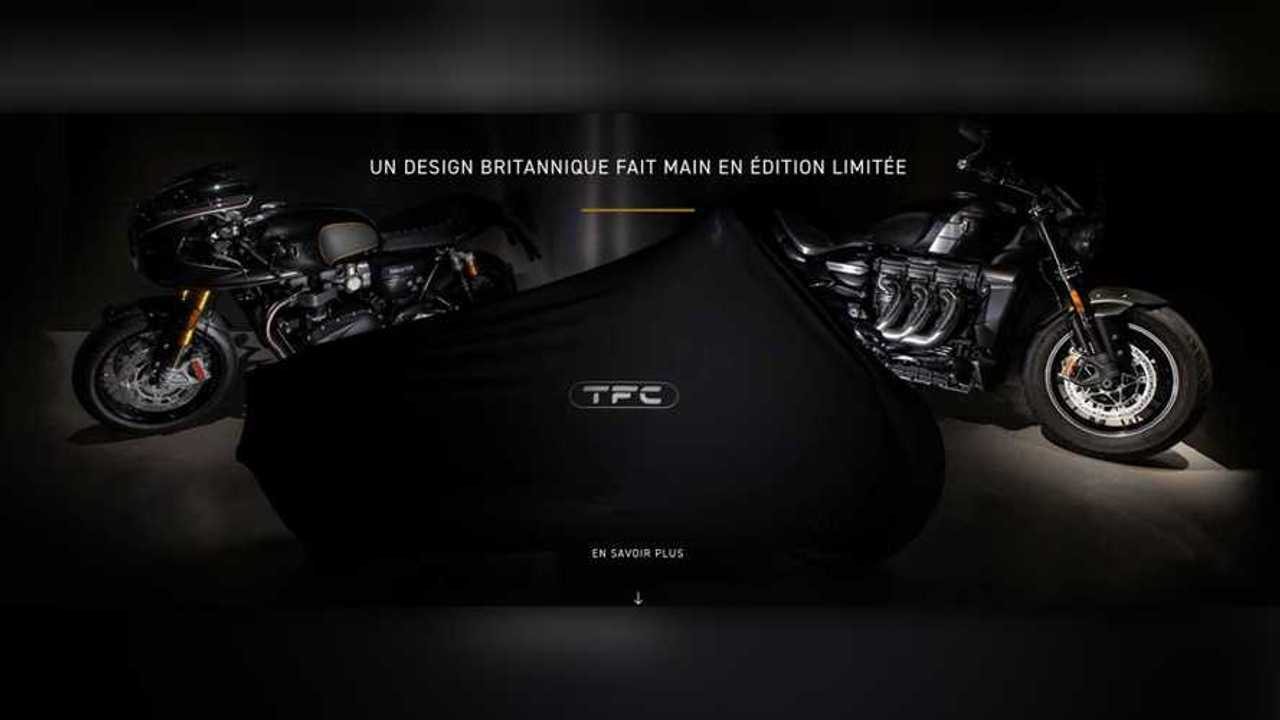 Player 3 has entered the game.

Manufacturers are ramping things up in preparation for the most important industry event of the year, the Milan Motorcycle Show. As we near the show’s opening day, manufacturers are doubling down on teasers and announcements, all in the hopes of outshining their competitors during the event. For Triumph, the strategy includes teasing an all-new version of the famous Thruxton, the RS. While our attention was on the upcoming new RS, however, Triumph discreetly added a third model to its TFC lineup. Smokescreen much?

On the Triumph France Website, the Triumph Factory Custom section is topped with a featured image showing the Thruxton TFC and Rocket 3 TFC framing a third, hidden motorcycle. The only information the page reveals is that a third limited-edition TFC model will be unveiled on November 5—EICMA’s opening day. Good things really do come in three.

What’s hiding under the cover? While the page itself doesn’t give any clue as to what model will receive the premium treatment, we already suspect it will be the Bobber. Last summer we spotted a pimped out version of the Bobber while it was being tested on the streets, leading a number of publications to suggest it was in fact a TFC version of the model. It’s hard not to connect the dots at this point.

There’s no say what the special edition will have that the standard Bobber doesn’t, but if the recipe is the same as for the Thruxton and the Rocket 3, the changes will mainly be aesthetic. According to the spy shots, the bike will likely adopt a blacked-out look complete with high-end and performance components such as Öhlins suspension and Brembo brakes.

Just like with the Thruxton and the Rocket 3 TFC, we expect Triumph to confirm that only 750 units of the special edition Bobber will be produced. We will obviously get the full story at EICMA where the new model will be revealed.