MotoGP’s Reigning Champ Marquez Got Into A Gnarly Crash 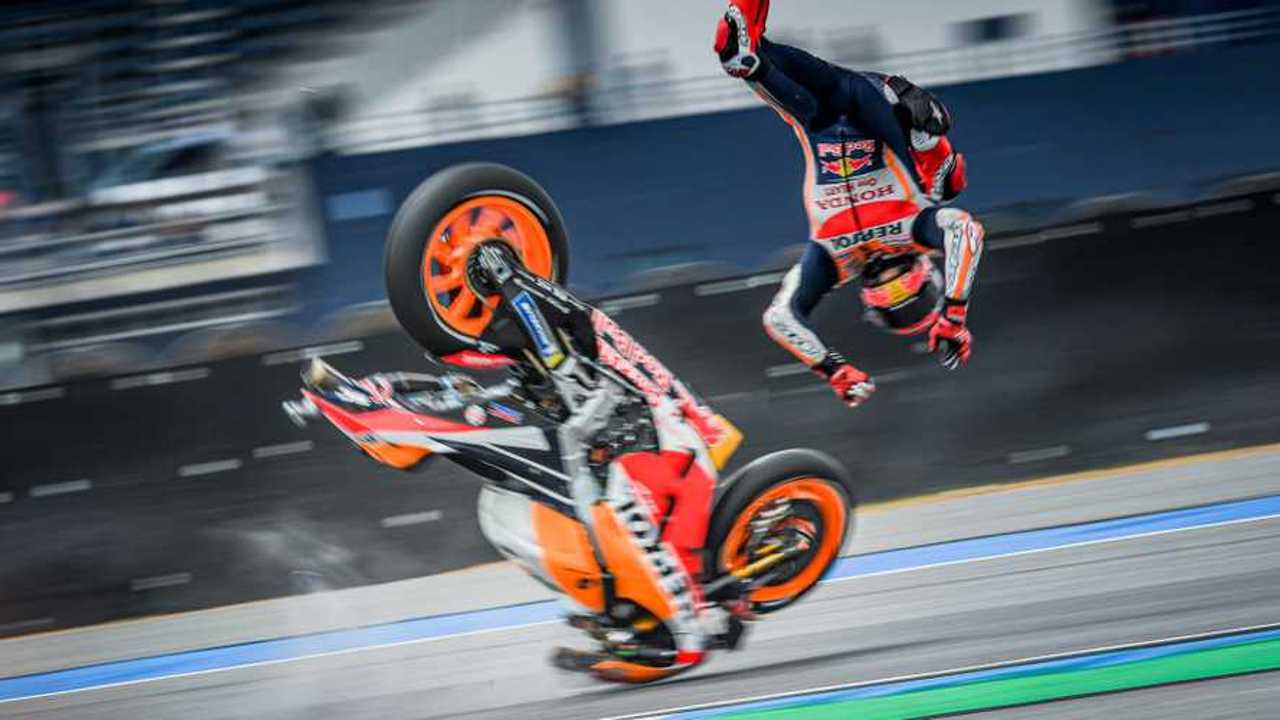 He is thankfully ok and back on track.

We don’t often cover MotoGP, but when the reigning champion on track to steal another championship gets into a nasty crash that could change the rest of the season, we feel compelled to say a few words about it.

Marc Marquez Is Fast On Every Kind Of Motorbike

The sound of a generalized sigh of relief was probably heard coming from the Honda MotoGP paddock at the Chang International Circuit. Earlier today, the series’ golden child, Marc Marquez, was victim of a nasty crash during a practice session.

The rear wheel of his Repsol Honda RC213V went rogue, causing Marquez to lose control in a right-hand bend and highside. The young rider was propelled off his motorcycle and fell heavily to the ground while his motorcycle tumbled, causing the rear portion to rip right off.

Marquez struggled to get back to his feet as the marshalls quickly intervened. The racer was assessed at the track’s medical center, but was ultimately transferred to the Buriram hospital. He complained of pain in his left leg and in his back.

Thankfully, after further testing, Marquez was released from the hospital and was given the go-ahead to compete in this weekend’s event, suffering only from some mild contusions. He wasted no time getting back in the saddle and setting the fastest lap of the day. In retrospect, his crew suspects the crash was caused by Marquez possibly getting some dirt on the rear tire, causing the wheel to lose traction.

With only five races left, Marquez is currently leading the 2019 championship. He will only need to outperform competitor Andrea Dovizioso by two points to secure a win and take his sixth MotoGP title. Had he been severely injured and unable to compete this week or any subsequent race, it could have dramatically changed the outcome of this season.

Dovizioso, 98 points behind Marquez, would have been given a chance to catch up and possibly win the championship. He is currently the only competitor close enough to Marquez and within reach of the title had Marquez been out for the rest of the season.