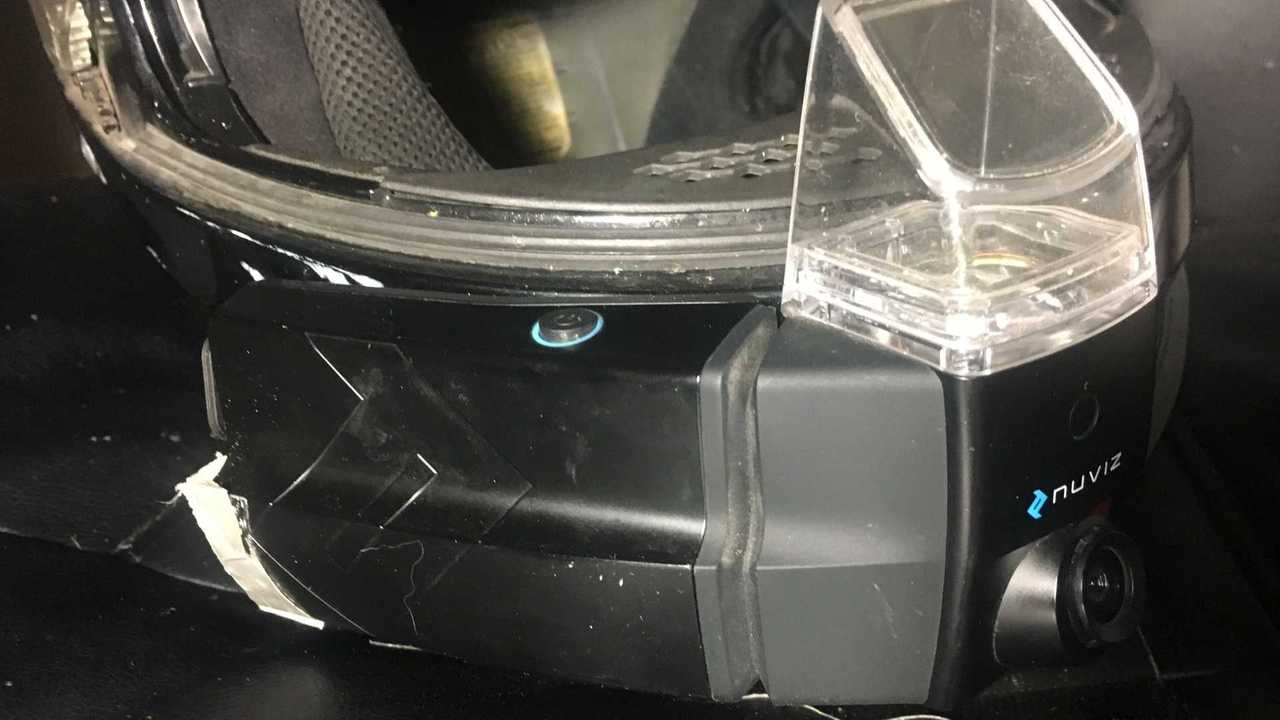 You can still buy their HUD, but their support and European websites appear to be gone.

Two years ago, Nuviz introduced a helmet-mounted heads-up display that performed a wide variety of functions—navigation, speedometer, phone interface, music player, and camera (still and video). We reviewed it at that time and came away quite impressed. I, myself, reviewed the Nuviz for another publication, and have continued using it ever since. Recently, though, I've discovered a disturbing lack of support for them from Nuviz, talked with several people who have had the same experience, and found evidence that the company may have gone the way of Skully.

It Had Such Great Potential:

After two years of heavy use, my remote controller stopped working when the rubber seal separated and let water inside. I consider that normal wear and tear on such a device, and not a ding against Nuviz. Their website says that replacement controllers will be available for sale soon, so I contacted their sales department to ask when that would be. I received no reply, which is strange when someone is trying to buy your product. I asked the same question of their support department, with the same result. Having reviewed the Nuviz previously I even tried their media contact, but yet again, no response. This set off some alarm bells in my head, so I investigated further.

I'd also forgotten how to import GPX files into the Nuviz, a feature that was added in a major firmware upgrade in early 2018. I've used it before and know it works, but simply forgot the procedure. So I looked up their support website, only to find that it is completely down. (If you're in a similar situation, Revzilla has the original manual available on their website, but it appears to be for the original firmware, as it doesn't mention the GPX import feature.) So, too, is their European website.

The most recent post on the Nuviz Facebook page is from January 8, a picture with the simple caption "Patiently waiting for summer." Summer has been and gone with no further posts. In this case, contrary to common internet advice, it is well worth it to read the comments. Everyone discussing the situation has had the same experience as me, no support and no response to any queries. A few people say the company has gone out of business, but they cite no sources for this information. What we are experiencing, however, is the lack of response that would happen if the company that has gone under. A website whose domain name and hosting have already been paid for will remain online until the services expire. The WhoIs record for ridenuviz.com says it will expire on August 5, 2020.

When I first started investigating Nuviz a few weeks ago, you could still buy one through Amazon. Now, however, Nuviz doesn't appear anywhere on the site, not even as a discontinued item. Revzilla is still offering it, but on closeout at a 25 percent discount. I asked Revzilla if they had any information about Nuviz from their end, but they did not answer my email.

It is unfair to compare Nuviz to Skully. Unlike them, Nuviz actually delivered a product, one that genuinely worked quite well. It would be unfortunate if yet another motorcycle technology company was gone, but there is strong evidence indicating that this may be the case.