Is The Future Of E-Motorcycles Inductive-Charging Highways? 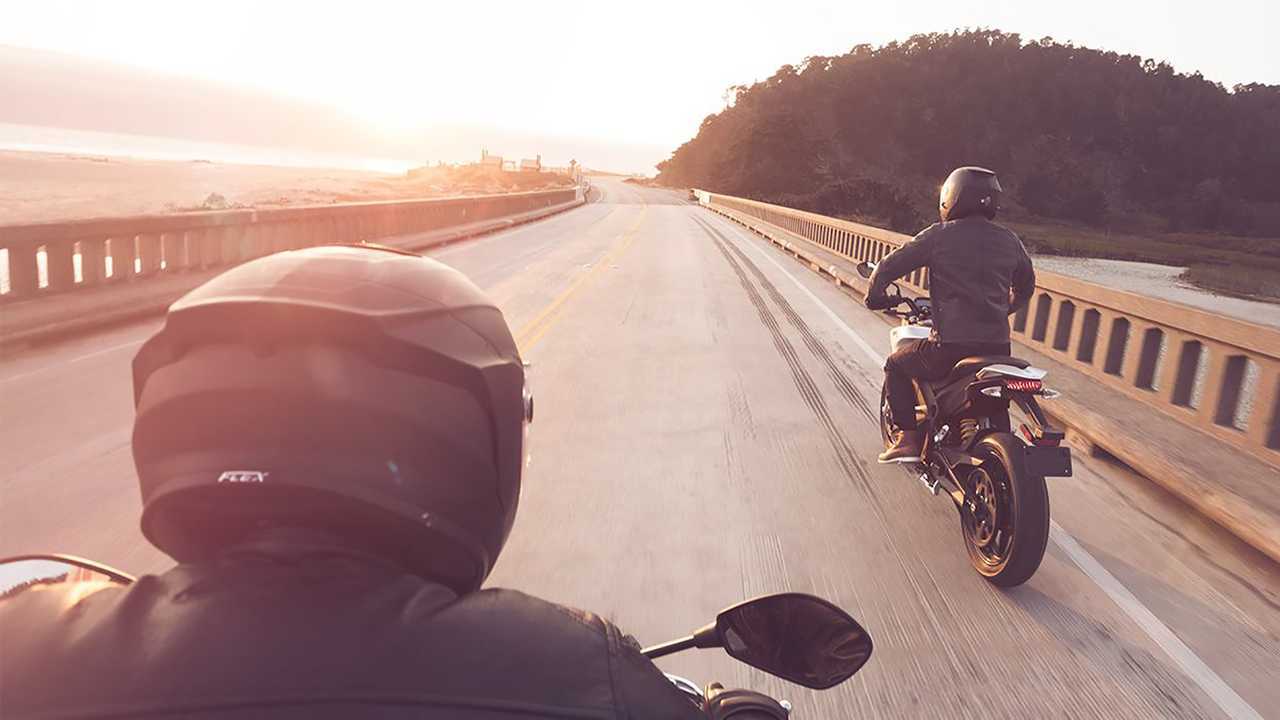 There’s one thing I’ve come to understand about electric vehicles (and motorcycles in particular). While a longer range is desirable, having the greatest range on the market means nothing at all if it takes hours to charge. This is a lesson I’ve learned the hard way by clocking 800 miles on a Zero SR/F in a weekend. The riding wasn’t the hardest part—waiting for the bike to charge was. One company has started testing an inductive-charging highway to help solve the electric vehicle conundrum. Is this what will create the spark that will make the electric industry explode?

For Israeli company ElectReon, however, the solution to range anxiety is charging on the go. How do you make that happen? By turning your highway into a gigantic charging pad. For the past year or so, we’ve been hearing of ElectReon working on its “smart highway”, equipped with inductive charging pads located in the center of the lane, under the surface.

Inductive charging is already available for handheld devices—you can buy inductive charging pads that can be plugged into a wall and allow you to charge your phone by simply setting the phone down on the pad—no cables required. While it isn’t the most efficient charging technology available—the wall plug remains the better option for a quick charge—it allows you to get a power boost when you need it.

Similarly, ElectReon’s technology would allow electric vehicles to charge while in motion. Whether the system will provide enough energy to actually charge the vehicle while it’s being used or whether it will be a case of maintaining the charge remains to be seen. Either way, should a full network of smart highways were to be developed, this could mean users won’t ever have to stop—except for bathroom breaks.

The company promotes the fact that the upgrade is inexpensive and only requires a narrow channel to be carved out of the existing road surface through which the wiring for the charging pads will run. Over half a mile of charging infrastructure can be installed in one night. From the sound of it, existing electric vehicles can be “upgraded” to be inductive-charging compatible.

This whole "plug to charge" thing could become a thing of the past.

ElectReon has now successfully tested the system on a 65-feet stretch of road installed in Beit Yanai, Israel using a Renault Zoe. The company was able to achieve an 8.5 kW energy transfer and is hoping to reach 15 in the upcoming weeks. The next test will be conducted on a one-mile stretch installed on the island of Gotland, in Sweden.

Of course, at the moment, the company focuses on public transportation fleets and cars, but it’s not impossible to think that the technology could eventually make its way into motorcycles.

The challenge remains to see how the technology performs and reacts in countries like the United States and Canada. The dramatic temperature fluctuations cause the roads to work overtime and the use of deicing products like salt and sand damage the surface—will a damaged tarmac lead to a damaged charging infrastructure?

Should the smart highway combined with battery swapping stations prove their efficiency and become the new norm for the electrification of transportations, we will become unstoppable. Gas (and charge) stops truly will become a thing of the past.