This YouTube video proves that you don’t have to have the best off-road equipment to have a blast off the beaten track.  The two riders from Europe are clearly having fun despite the unwieldy machinery one of them has chosen to pilot off road in Big Bend Park, Texas. 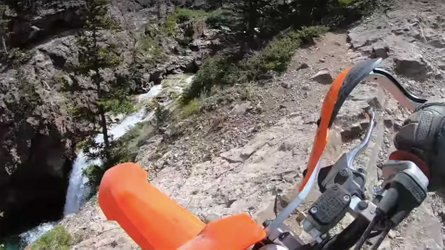 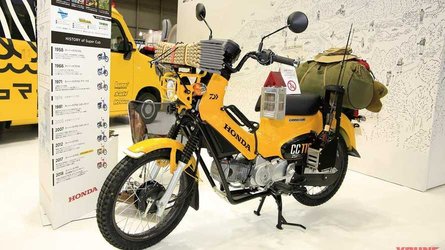 The camera rider is on a BMW with crash bars that looks to me like an R 1200 GS. That’s a very capable bike for taking soft-roading. Certainly more of an obvious choice than the Kawasaki Vulcan riding ahead of him. The video labels the rider as “Dakar Boris”, and there is a Dakar Rally logo on the windscreen of the camera bike, so we assume these two have some pretty serious off-road credentials. A theory backed up by the content of this video.

You can tell from the angle of helmet-mounted camera shot that these riders are adept keeping their eyes up high on the horizon, a critical skill when it comes to riding off road. Watch the Vulcan rider’s body position too. His legs are bent slightly, and all the steering weight is transmitted through his footpegs. When they hit the deep, soft sand, the Vulcan gets more than a little squirrely, but by keeping his arms relaxed and his eyes up, Dakar Boris is able to confidently ride out the tank slapper. That’s the biggest amount of action you’ll see in this clip, and it’s in the first 10 seconds.

So why are we so excited about a video where the bike only gets properly loose once? Because it’s a cruiser. On soft sand and gravel. And it only gets properly loose once. This video doesn’t really do justice to how hard that terrain is to ride in. The creek beds they cross look tame but anyone with off-road experience will tell you that those would have been trickier than they look. Especially on a cruiser!