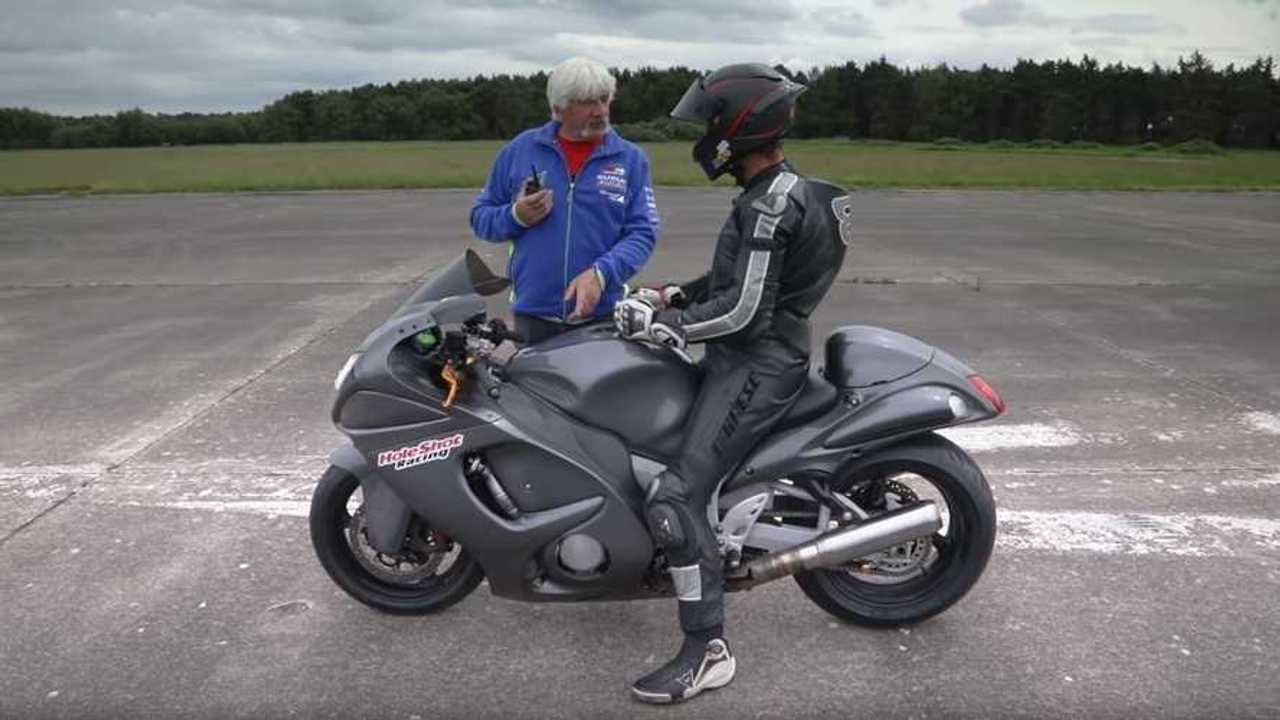 Mission Control, we have liftoff.

Guy Martin is no stranger to speed. In 14 years of competing at the Isle of Man TT, Martin collected 17 podium finishes and he also accomplished three world speed records. As we all know, speed doesn’t come without a price and the racer broke his back twice throughout his career. Undeterred by the dangers associated with speed, Martin was recently spotted topping 270mph on a turbocharged Hayabusa at a Straightliners meet in Elvington, England.

Watch This Hayabusa Repeatedly Beat An H2 At The Strip

Held at an airfield in a small English village on September 10, 2019, news of Martin’s win and 270mph top speed came by way of the Steve McDonald Photography Instagram account:

The multi-photo post also included a shot of Martin’s race results verifying his time, speed, and a first-place finish in the standing-start mile contest. No stranger to the Elvington airfield and Straightliner events, the full-time lorry-mechanic/part-time racer already achieved a speed of 257mph in June of 2019. Prior to the Elvington appearances, Martin’s tuned and turbocharged Holeshot Hayabusa also appeared at the Road Racing Ireland Ballykelly North West Speed Trials in May.

After improving his top speed by 13mph, who knows what Martin will be able to squeeze out of Suzuki’s DOHC inline-four next. If his past speed exploits are any clue, he’ll only aim to make the Busa’s 1,340cc engine even faster.

Martin previously set 3 Guinness World Records for the fastest speed on a gravity-powered snow sled, highest speed on a wall of death, and, of course, the top speed in a soapbox. He also piloted the fastest hovercraft according to British records.

The majority of Martin’s speed records were documented by the ‘Speed with Guy Martin’ TV series on Britain’s public-access network Channel 4. With any luck, maybe we’ll see a new episode of the popular series featuring Martin’s Holeshot Hayabusa in the near future.