Sun-baked Italian flatbread is making us hungry for race wins.

If you’re a fan of Valentino Rossi’s helmet art styles, you’re in luck. Ahead of the 2019 MotoGP Misano round, the Doctor introduced his brand new AGV Pista GP R scheme. Since this is his home race, he of course wanted to do something special—and true to form, it’s as bright and colorful as ever.

In Other Rossi News: 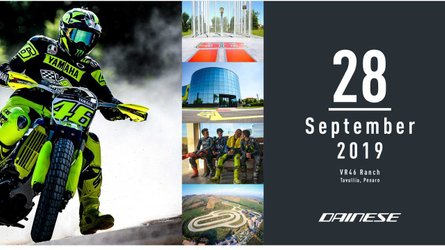 Rub Shoulders With Rossi At His Ranch
⠀ 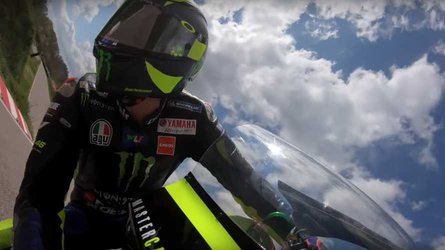 This Is How Valentino Rossi Trains And It’s Hilarious

The all-new Aldo Drudi design takes Rossi’s familiar sun and moon motifs and makes them delicious. Called “Menù di Misano,” this design turns Rossi’s sun into a piadina flatbread, and his moon into a delightful, refreshing slice of watermelon. Meanwhile, his fluffy cartoon animal friends were there to cheer him on from the back of his helmet, in hopes that he could reach the top step of the podium.

Did it work? Vale raced to fourth at Misano over this particular September 2019 weekend, so you be the judge. Did it make anyone who saw it instantly know what they were going to have for lunch that day? Possibly.

In 2014, Drudi did an interview with Cycle World where he described the process of coming up with new designs for Rossi, specifically.

“It’s always the same process, because we must wait for Valentino to enter in the mood of the Grand Prix, and that always happens after the previous race. A lot depends on what happens in that race,” Drudi said of the process in 2014.

“If something strange occurs, maybe it will help us to come up with an idea. If not, we always have the possibility of using the helmet to transmit Valentino’s feelings at that moment—the week of the Grand Prix.”

It’s unclear if this process remains the same or has changed in the past five years, but it certainly still sounds plausible. Eating good food is important if you’re a racer, and especially so if your hometown is as steeped in good food as Rossi’s is. We don’t know if this is a design that AGV will eventually make available to add to your Vale replica helmet wall—but would you want it if it was?