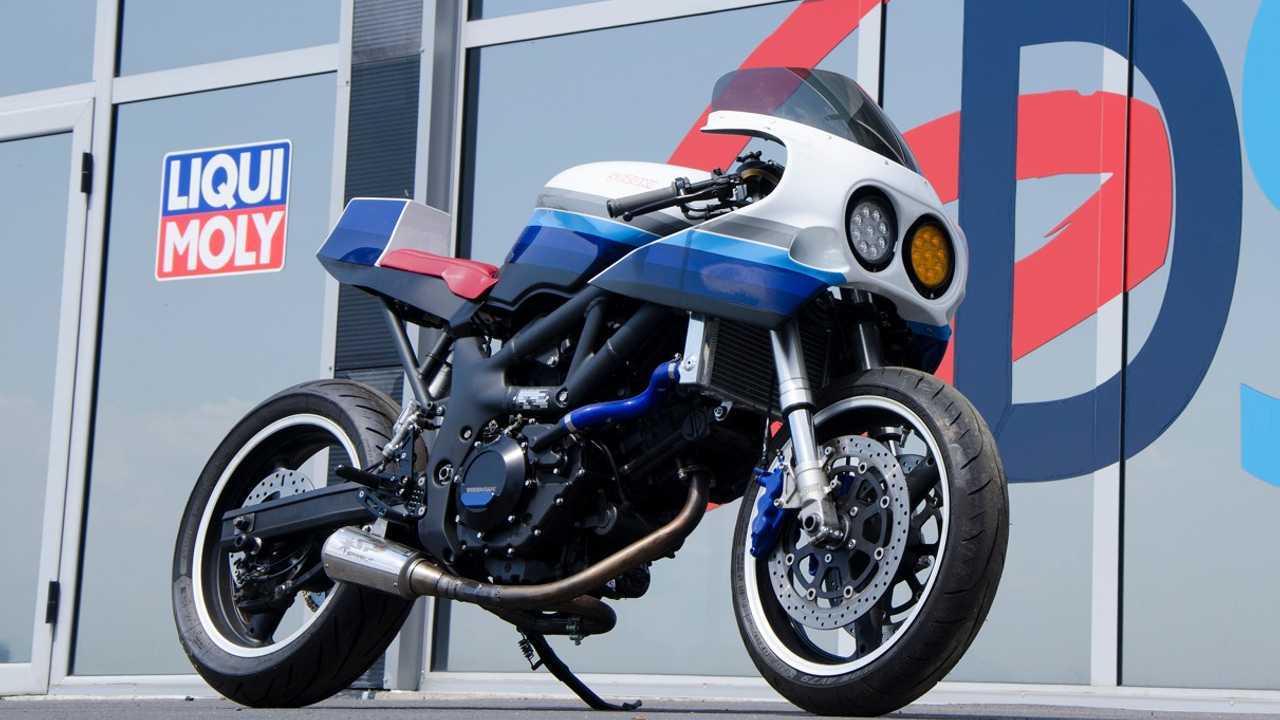 That’s an SV under there?

The SV650 is one of the Suzuki’s most versatile platforms. With initial production running between 1999 to 2012, and starting up again in 2016, the 645cc, liquid-cooled 90 degree v-twin is very rider-friendly. The company seized upon the popularity and malleability of the model by introducing a scrambler and cafe racer version in recent years. It’s that adaptiveness that allows Romania’s custom shop Bandisca to take the SV650 and shape it into a sculpture of ‘90s road racer dreams.

A year ago, Bandisca’s husband/wife duo Alf and Mihaela Lopez set out to build an entry for Bike Shed 2019 but they wanted to create something out of the ordinary. With Suzuki Moto Greece putting up a donor, the team decided to go with a 2001 SV650 K1.

Despite the sales figures and cult-following of the model, Alf was skeptical of using the first-generation SV650. Unenthused by the utilitarian looks of the bike, Alf spent a considerable amount of time pondering the direction of the build, calling the SV “sooooo ugly.” Mihaela provided some much-needed inspiration by drafting a design in the vein of the 1990 GSXR 750, one of Alf’s favorite motorcycles.

To get the SV into shape, Alf contacted Airtech Streamlining, the only replica producer of the iconic 1990s GSXR fairing. After fashioning custom mounts to appropriate the GSXR fairing to the SV frame, Alf fabricated an aluminum tail section and custom subframe.

In order to achieve the lines of Mihaela’s design, Alf opted to remove the SV650’s gas tank and mount a unit from a Honda NTV. From there, the bodywork was painted with a silver base accented by a stellar blue bar gradient. The red seat adds a pop of contrast and completes the era-specific aesthetic.

With the cosmetics settled, Alf focused on the performance of the machine. The team didn’t want the bike to merely function as a showpiece, they wanted to race it as well. Though the SV650’s V2 powerplant is regarded as bulletproof, the reliability is a result of underpowering, not quality construction. To overcome the power deficiency, Alf installed special cams, swapped out exhausts, added a water pump, and tuned the carburetor.

“Basically all you can modify in this engine I modified,” said Alf.

Next, Alf and Mihaela will test the racing chops of their work of art at Germany’s Glemseck 101. When the contestants take their marks, we wonder if they’ll know they’re going up against an SV650 and not a GSXR.