Opinion: If You Can’t Stay In Your Lane, You’re An Idiot

A lot can be said about motorcycle safety. You’ve heard say things like “wear all your gear” and “look where you’re going” and “always be aware of your surroundings” before. We didn’t invent anything, but we’re vocal advocates of all those principles meant to keep you all safe on the roads—or at least as safe as possible. One of the things you’re probably tired of hearing us say is “don’t get cocky”. Don’t ride harder and faster than you’re able to follow because that’s when shit hits the fan. YouTube user motard filmed his trip down the Tail of the Dragon and recorded the rider in front of him consistently making the same mistake (consciously or not). Seriously guys: that’s how you end up eating plastic bumpers for dinner.

We Have A Lot Of Opinions: 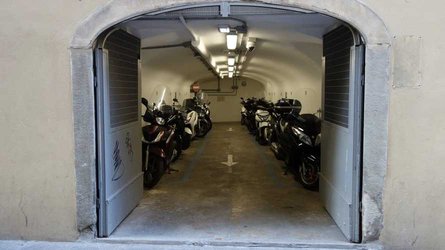 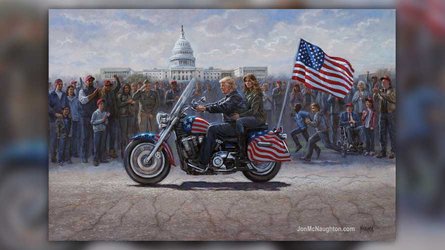 There are plenty of gorgeous winding roads to discover, but some are more popular than others. The famous Deals Gap section stretches over 300 bends on an 11-mile distance—no wonder it’s on pretty much every riders’ “dream ride” bucket list. Especially with a name as evocative a "Tail of the Dragon". When it comes to riding on those gorgeous winding roads, however, there are a few things to keep in mind: they’re extremely technical, very busy, and not everyone visiting them has the same level of expertise.

Let’s be honest here: there’s something wrong with this picture. What’s with the guy on the tourer who keeps taking his lefts too tight and crossing over the double yellow line. He’s either going too fast for his level of ability or he doesn’t give a damn… Either way, he’s being an idiot.

That’s a big problem because on those winding roads, you’re not able to see very far ahead—neither is the driver/rider coming in the opposite direction. This affords you a lot less time to assess the situation and react. If you’re lucky, the vehicle coming your way is another bike that only takes half of the lane. But cross over the line in a bend with another car or even a truck coming up and we’ll see who wins. Hint: it won’t be you. You can see the guy recording the video shaking his head every time the rider in front of him crosses the line, channeling our common reaction at this cringy footage.

It’s hard to tell whether the rider ahead is just messing up because he’s trying to go faster than he’s physically and mentally able to or if it’s because he simply doesn’t care about staying in his lane. Both are dangerous for the rider himself and for the unsuspecting rider/driver coming the opposite way. I'm going to sound harsh writing this, but if you're unable to ride properly and respect the lanes, you either need to get back to practicing in a parking lot or you need to leave the bike home, for your own sake.

Lacking experience doesn’t mean you should stay home and never enjoy those more technical roads. It only means you have to go at your own pace. I say that because when you’re alone on the road, it’s easy to cruise your way through the curves at a comfortable speed. The thing is, however, the more popular the road, the higher the volume of traffic. This means you might end up with more experienced or aggressive riders behind you. That’s when you start feeling the pressure and twisting the throttle a little further, either not to spoil their fun or because your ego gets in the way. I know the feeling: I’ve been there. I’m definitely not a highly technical rider, and I’ve been in that position of being the leader of an accidental pack because my style isn’t as sporty as others’.

As bad as I feel slowing everyone down, I stick to it and move out of the way as soon as I can. Stretching the limits of your riding abilities is a good thing, don’t get me wrong. But when you see the lineup of bikes behind you waiting to pass and feel judged or pressured into matching their pace, it’s not a very safe way to learn.

Solution: some of these roads have designated areas for vehicles to stop—pull over and let the others through. Everyone will enjoy themselves a whole lot more. If it’s any help, keep in mind that you being safe is more important than a handful of frustrated riders. You won’t be the only one slowing them down along the way: these popular roads get crowded and not everyone is looking to set a speed record.

Note to those guys who ride up less experienced riders’ tails: back off a little. You’ll get your dose of adrenaline, just give the person in front a view a chance to enjoy the ride (at the indicated speed limit) and get out of the way safely when they can. Trailing them feet away to show how impatient you are to get back to your performance cruising speed isn’t helping anyone and you’re not going any faster. Chill out, enjoy the ride, smell the roses, and be safe. Everyone is here to enjoy themselves.

As for that rider, he either needs a pep talk or a whack behind the helmet. Don’t be that guy, folks. Stay in your lane.