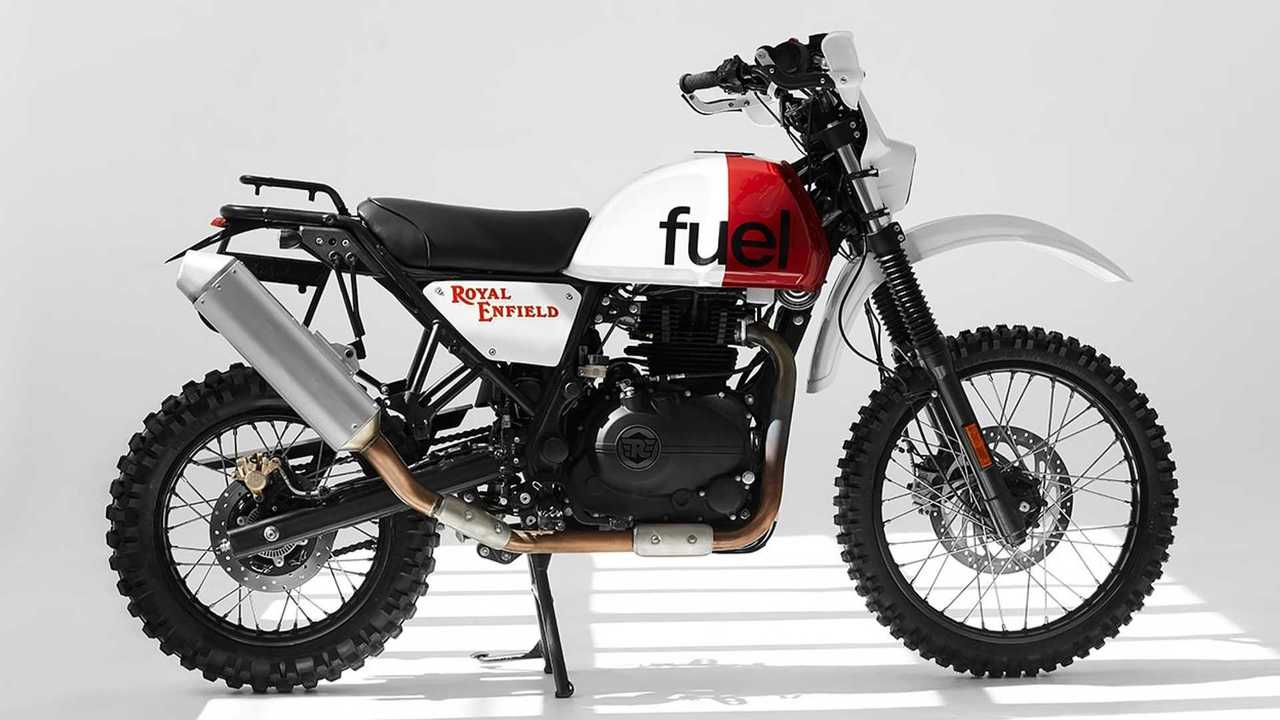 Any bike is ripe for customization and a Royal Enfield is no exception. The Himalayan dual-sport motorcycle comes out of the factory looking a bit stodgy, but Fuel Bespoke Motorcycles custom shop has given their custom “Royal Rally 400” Himalayan a light but extremely effective redesign.

This 2018 was shipped with a single-cylinder 411cc engine that puts out about 24.5 hp and 23 ft-lb of torque. It has ABS, and that seems to be the only real way the company has succumbed to advancements in motorcycle technology. The rest of the bike seems stuck in time, like a new motorcycle that was made twenty or thirty years ago.

But that, my friends, is exactly what some of the riding public wants, so Royal Enfield motorcycles are pretty popular. They are new classics. They are new, old motorcycles. They're what you learned to ride on, all those years ago.

This extra-knobby Himalayan has a job, though. Fuel Motorcycles is currently hosting the Scram Africa: a loop of southern Morocco starting and ending in Marrakech. That customized Himalayan is on board, and Fuel has promised some “after” pictures when the little bike has finished tackling the Scram. The route is a week long and nearly a thousand miles of both dirt and pavement, along with some sand dunes, and following the Paris-Dakar route in parts. Since the ride has become popular, they’re running it twice!

The Himalayan’s customization involved a complete headlight assembly replacement. Instead of a bucket headlight it now has an enduro style plate up front. The engine guards have been removed and repurposed (though, with so much dirt in its future, was this the smartest decision?). They’re now currently serving as a port-side soft luggage rack, while the rear of the bike has been bobbed to accomodate more luggage on a newly fabbed rack there. Fuel has installed an “off” switch for the bike’s ABS to better tackle those sand dunes. The bike has also gained new handlebars, an exhaust off a Suzuki RMZ 450, and a Powertronic engine upgrade unit.

I don’t know about you, but I definitely want to hear all about how the bike does after two sandy loops around Morocco.