Land-Speed Record On A Home-Built Bike: Would You?

This guy is putting everything on the line.

When you imagine a land speed record attempt, you generally think of a sleek, refined machine, maybe some wind-tunnel testing, and a team of experts. In this case you could not be further from the truth.

SO MANY RECORD ATTEMPTS 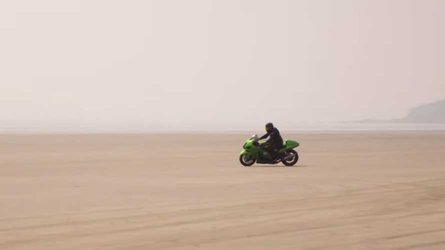 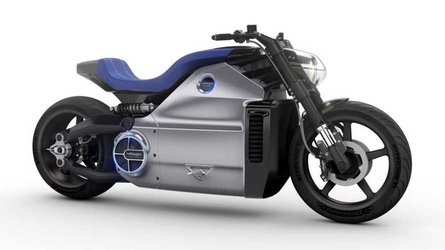 Shea Nyquist, who you might remember from a video we shared a while back, is attempting an electric motorcycle land speed record, and the bike he’s building (yeah, he’s building it, from scratch, including the recycled batteries themselves) looks more like something out of Mad Max than the record books.

He has salvaged batteries from major manufacturers, taken them apart, pulled out the bad cells and reconstructed them in his own packs. This guy isn’t just a bike builder (though he’s built something like 30 custom motorcycles), he’s also an aerospace engineer, so he knows exactly what he’s doing.

He’s aiming relatively low for his first record attempt, in the hopes that when he has a successful 200mph run with this home-built thing built mostly out of what he terms “recycled materials” but what could uncharitably be called trash, more sponsors will perk up and help him out with his next attempt. With his knowledge and his background, he actually has run calculated aerodynamics on this machine of his, and figured out its drag coefficient and all kinds of other stuff, even though it looks like it was made out of discarded pipes. If 200mph is slow, what's his actual aim, you may ask? Three hundred miles an hour. Yeah.

Technically this machine will be a “streamliner,” that is, a fully enclosed two wheeler, with the rider sitting inside the housing. The machine is so enormous, and the pilot (Nyquist himself) will sit just behind the front wheel, in front of the bank of battery packs which in turn sits just forward of the rear wheel. That all means stability is a real problem. He’d never know if he’s just doing a burnout with the rear wheel until, he says, he falls over. To solve that problem, he–get this–built himself a traction control system. OK, technically the pilot is the traction control system, but this setup involving a hall-effect sensor on each wheel lets him know when there’s more than a ten percent delta in his front-to-back wheel speeds so he can lay off a bit before skidding himself into oblivion.

I encourage you to subscribe to his YouTube feed, and read the interview with this madman in its entirety, at the links below, and watch as he puts himself inside his home-made cage for testing. He’s brilliant, and he’s completely nuts, and I love everything about this!