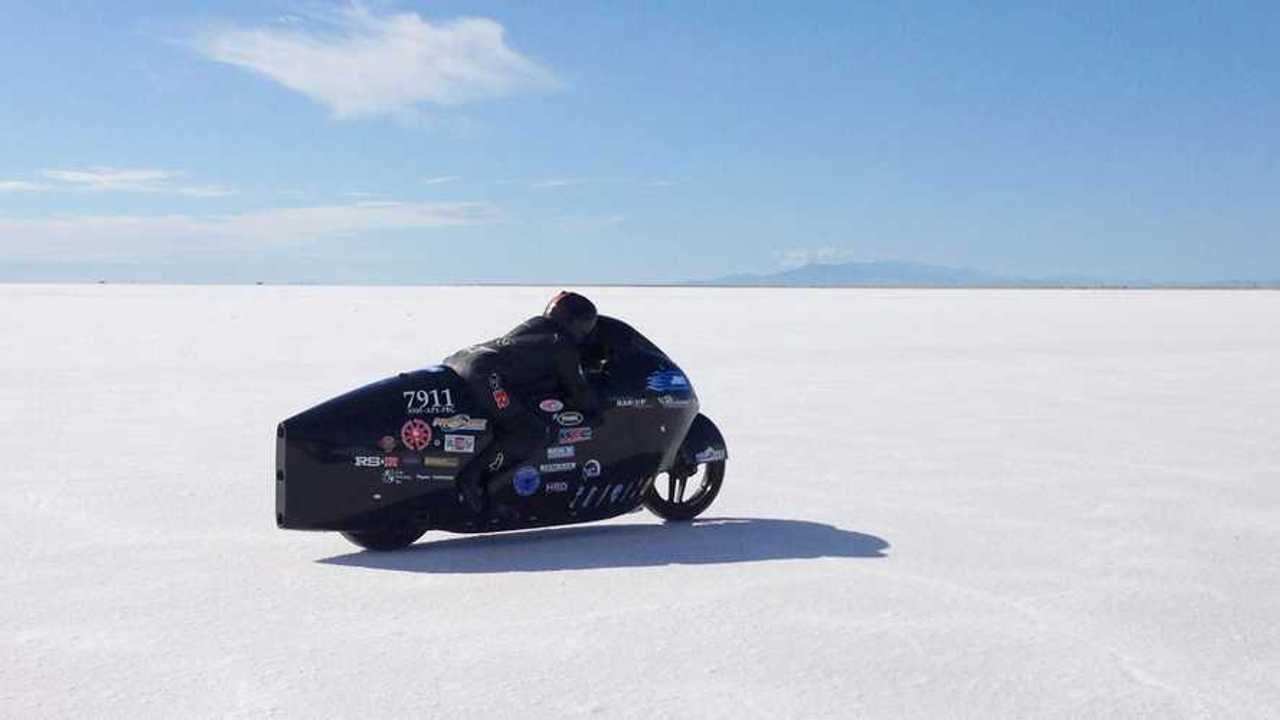 Hiro Koiso is a man who knows his way around a fast motorcycle. Back in 2011, Koiso-sama set a record for the fastest street-legal Harley at Bonneville with a top speed of 193.596 miles per hour. Then, last year at the 2017 Bonneville Motorcycle Speed Trials AMA Land Speed Grand Championship, he and his Harley put down an eye-watering 227.236 miles per hour on the salt. This trick set the record for the fastest open bike. This year, he showed up to the 2018 BMST with one goal in mind—go faster.

Koiso's ride is a heavily-modified 2006 Harley-Davidson Superglide. It's powered by a stout 135 cubic inch Twin-Cam mill—heavily breathed upon by JIMS and T-Man Performance—mated to a C-1R ProCharger. This setup puts down 400 horsepower at the rear wheel. Last year's record was set on a naked bike, so this year Koiso and his Las Vegas-based team designed and built a suit of streamlined aero for the bike which bumped it into the partially streamlined class.

After a few shakedown passes on August 27, 2018, Koiso pushed the old Dyna to 259.951 miles per hour in the measured mile. GPS telemetry from that same run clocked Koiso at over 260 miles per hour, which is frankly amazing for an air-cooled, pushrod V-twin. Unfortunately, a failing front tire did some serious damage to the bike during the measured mile which prevented a second run. That didn't bother Koiso, though.

"We could only make a few runs at the BMST this year, but we got priceless information from them. By knowing the cause of failure and what our equipment is capable of, we are going even faster next year. Our next goal will be a tribute to the H-D factory Streamliner efforts from 1970, which set a record at 265.492 mph. We believe it is possible to hit the 270-mph mark.”

Pushing 300 miles per hour on an open, semi-streamlined bike is just bonkers. I can't wait to see Koiso do it.