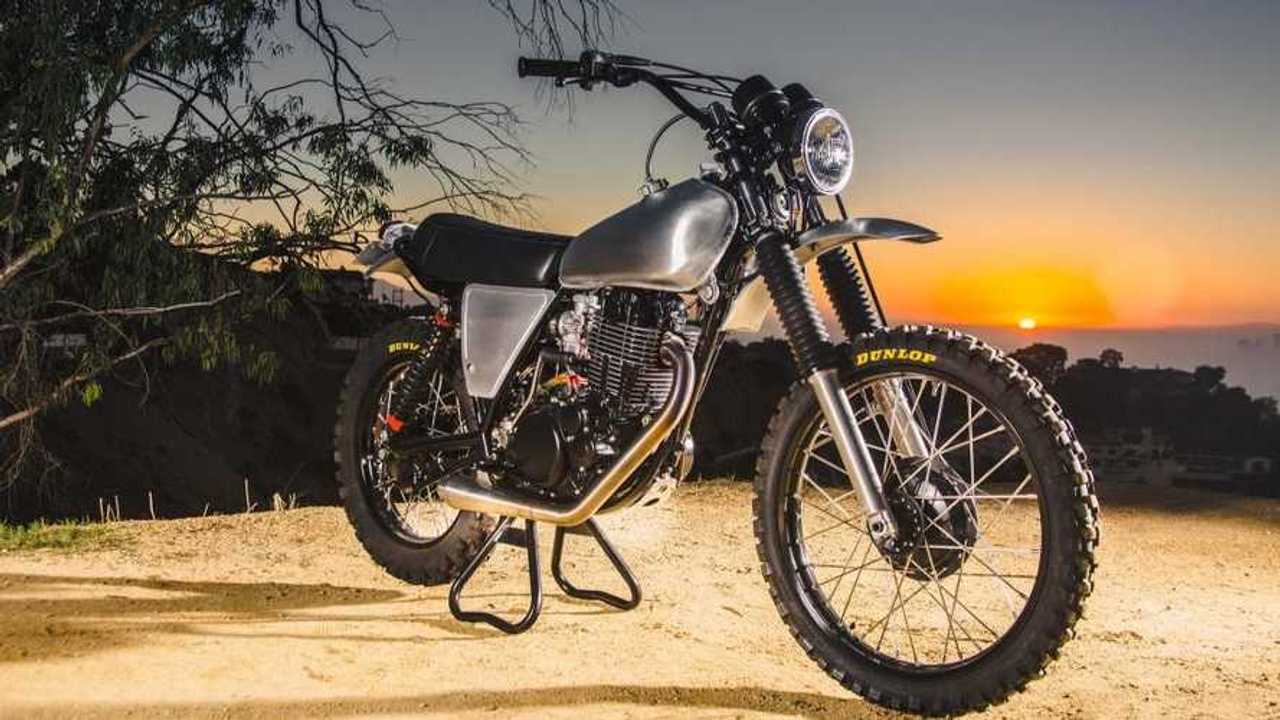 Would you take this bike from Paris to Dakar?

The XT500 is a pretty important bike in Yamaha's history. It first entered production in 1975, and using the ruggedly durable single cylinder thumper engine that also powered the SR500, the bike managed to win the first two Paris-Dakar rallies ever held. The bikes are great looking easy to maintain, and fun to ride, so it's no wonder that they're popular with custom builders, so much so, that Yamaha re-released the XT's sister bike, the SR400, in 2014.

The California-based Ride Custom shop took a minimalist approach to the work they did on the 1978 XT500, exchanging the gaudy and loud 1970's graphics for a subtle and sleek brushed aluminum finish on both the fuel tank and the side panels. When they got the bike, little had been done to it, although the exhaust, handlebars, and carburetor had all been upgraded from stock.

The custom build started with a complete strip-down of the bike. Once this was completed, the Ride Custom team then set about cutting down the frame, sanding the tank, and creating a custom set of aluminum side panels to replace the stock plastic originals. They then proceeded to change out the stock suspension and refurbish the wheels, which were then given a black paint-job.

The engine received a coat of black paint too, after it was stripped down and overhauled. It was then fitted with a new Mikuni VM36 carburetor and a new, upgraded exhaust system, which looks a lot louder than the stock system. Finally, the handlebars were painted black and a handcrafted black leather seat was added to finish off the the look.

Overall, this XT looks gorgeous. If the model was good enough to complete the Paris-Dakar, two years in a row, we would have no issues dusting this minimalist version up in and around LA.