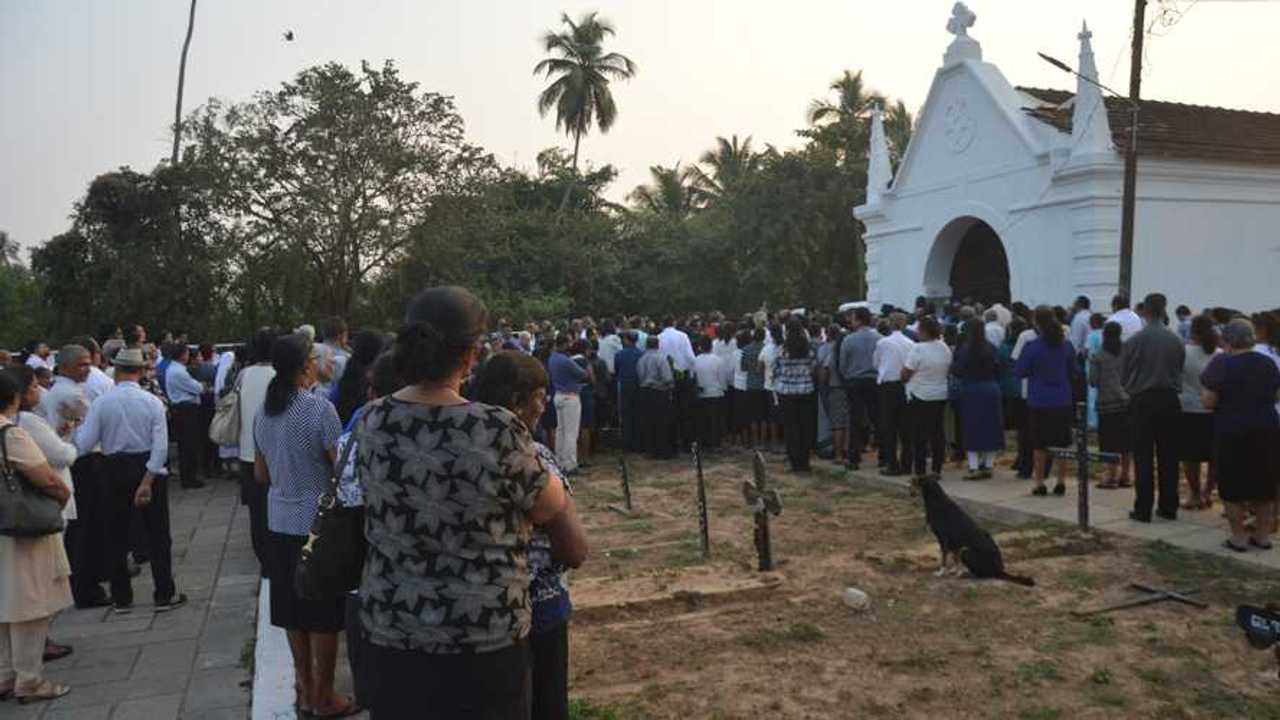 We all know that wearing a motorcycle helmet is a good idea. Just ask Gary Busey. Currently, 19 states have a universal helmet law, while 28 more have at least a partial requirement. India has a national helmet law, but some groups are fighting against it. One such group in the city of Pune recently staged a protest in the form of a helmet funeral.

Not everyone likes helmets

An anti-helmet group calling itself Helmet Sakti Virodhi Kruti Samiti, which Google translates to "Helmet is a set of power antagonists," held an elaborate public ceremony involving giving last rites to a motorcycle helmet. The point of the protest was to fight increased police enforcement of India's mandatory helmet law in the city over the past two weeks. Undeterred, police have handed out 9,500 tickets for not wearing a helmet during that time.

The group claims that they do actually believe in safety, but they also believe that requiring helmets is government overreach and that public sentiment should also be taken into account. This is a familiar refrain among those who oppose helmet laws across the world. Additionally, those opposed believe that since city traffic rarely exceeds 20 mph, there is no significant risk of head injuries because of the low speeds. This is clearly not true. I know someone who died of a head injury while at a complete stop. It's hitting your head on the ground that causes the injury, not the speed you are traveling, though the speed can certainly exacerbate the situation.

The most interesting reasons why the group opposes helmets are that they believe helmets are responsible for increased spinal injuries and even hair loss. It is true that in exceptionally rare cases the extra weight of a helmet on your head could cause additional injuries. The number of lives saved by helmets far exceeds the number of edge cases such as this, however. There is also no medical evidence that simply wearing a helmet causes any kind of spine issues. As for the hair loss claim, that could be true if a loose helmet is constantly rubbing against your scalp, but a properly fitting helmet won't do this.

Still, a strong contingent of anti-helmet activists will continue to ride without protection. Some even resort to wearing turbans instead of helmets, since like in Canada, Sikhs are exempt from helmet laws for religious reasons. Although we recommend that all riders wear helmets, as well as full riding gear, we recognize that not everyone will, and some people will always find ways around it.