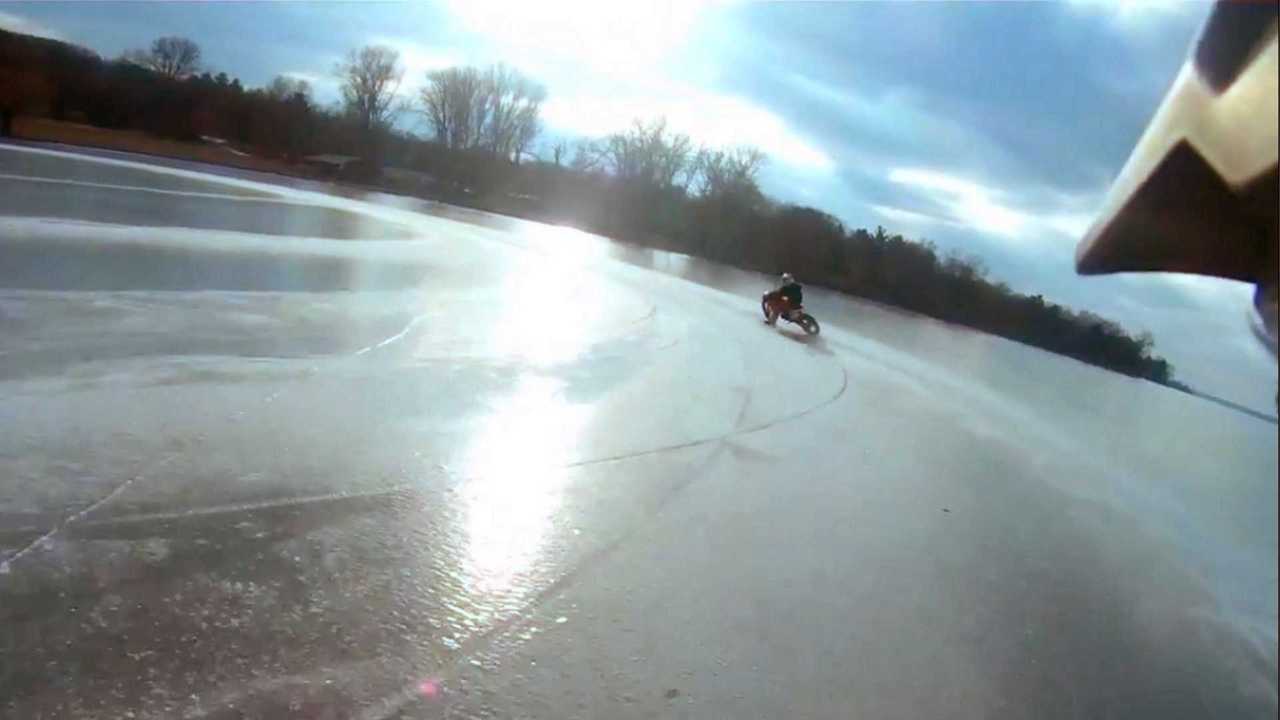 Declan McEvoy is no stranger to adventure riding. After traveling from his home in Ireland all the way across Europe and Asia to Magadan, Siberia, McEvoy knows his way around harsh climates. Now he's making plans to tackle a different kind of surface: ice. What's more, he plans to set a new world record for riding the longest journey undertaken by motorcycle on ice.

Sharpen Up Your Spikes, It's Time For Ice Riding

Not only does McEvoy want to set this record, but he also intends to do it in style. The body of water he will be riding across will be Lake Baikal, a Russian lake just north of Mongolia. This is the largest freshwater lake in the world, containing one-third of all the fresh water on the planet. In addition, to ride across a frozen lake, you kind of have to do it during the winter. Siberian winters get extremely cold, often not even reaching positive numbers on the Fahrenheit scale during the day. That doesn't even account for windchill, which, at 50 mph (a perfectly reasonable speed across a flat open lake), can make it feel like -75 degrees. That's approaching the coldest temperature ever recorded on Earth.

In addition to the danger to McEvoy, his motorcycle will be in danger, too. Of course, he'll be using spiked ice tires, but batteries and electronics don't work very well in low temperatures. Consider how slowly an LCD screen responds in the cold. Now imagine how much worse that would be far below zero. Even the engine is at risk. Although it generates its own heat through the combustion process, it still may not warm up enough for oil to flow well enough to lubricate the engine properly. A seized engine in the middle of a Siberian lake in winter could really ruin your day.

Still, McEvoy is dedicated to this effort and is in advanced talks with Guinness (the world record people, not the Irish stout people, though maybe he should get them involved, too) to monitor and certify his record attempt. He is also looking for a motorcycle manufacturer to sponsor him, though so far without success. While it would be a risk, imagine the sales and marketing campaigns that could come out of a motorcycle surviving this difficult ride.

McEvoy says he is fully aware of the significant dangers and risks of this record attempt, and that they scare him. Yet his philosophy is the same as the late, great Carrie Fisher: "Be afraid, but do it anyway."