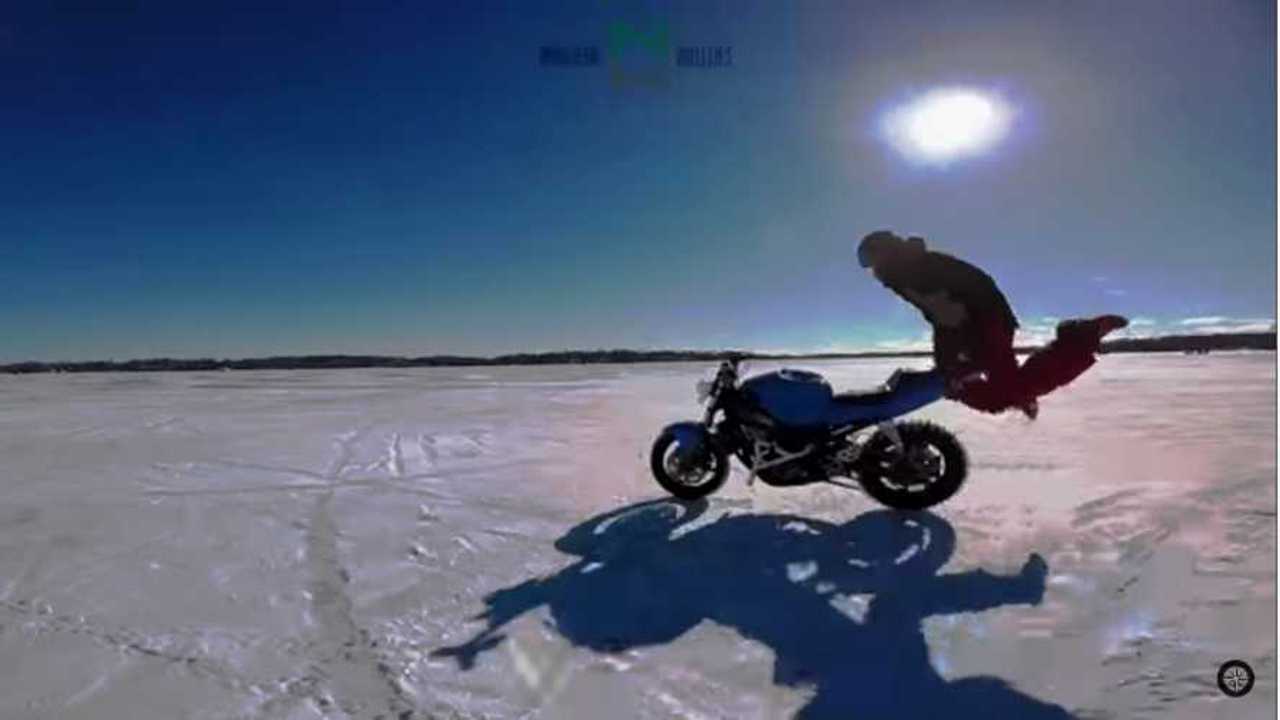 Cue up the Yakety Sax music

Stunting videos remain popular on YouTube, inspiring many young and even experienced riders to try things that they probably shouldn't do in traffic. To get good at it without hurting anyone, including yourself, most people practice in an empty parking lot away from cars and pedestrians. The riders in this video (discovered on Reddit) found something even better, a huge frozen lake with nothing to hit for a mile in any direction... However, things did not go as planned.

Skiing off the back of the bike was going just fine, with the spiked tires giving the bike plenty of traction and the ice allowing the rider's boots to slide easily. Things start to go hilariously wrong when he fails to make the leap back into the saddle, and the bike ghost rides off at. A second rider takes off after it on a bike, as the stunter tries to run it down on foot, to no avail.

With miles of empty lake, and a motorcycle's natural stability once moving, there was nothing to stop this bike from riding up onto some beach several towns over. The helpful rider still on his motorcycle tries to stop the riderless bike by kicking it over, several times, and only manages to make things worse. The chase rider on an ATV, recording the video via helmet cam, never even tries to catch and stop the bike or give the poor stunter a lift.

In the end, the ghost-ridden bike takes down the chase rider and bike and manages to t-bone about the only thing to hit on the lake: The truck the bikes originally came in. So, if you are keeping score at home, this one bike manages to take out two riders and another bike, plus put a dent in the side of the only truck for miles around.

Still, it is interesting to see just how stable a bike is at 20 mph, or just faster than a running man, even with someone trying to knock it over.

2 Photos
++
Got a tip for us? Email: tips@rideapart.com