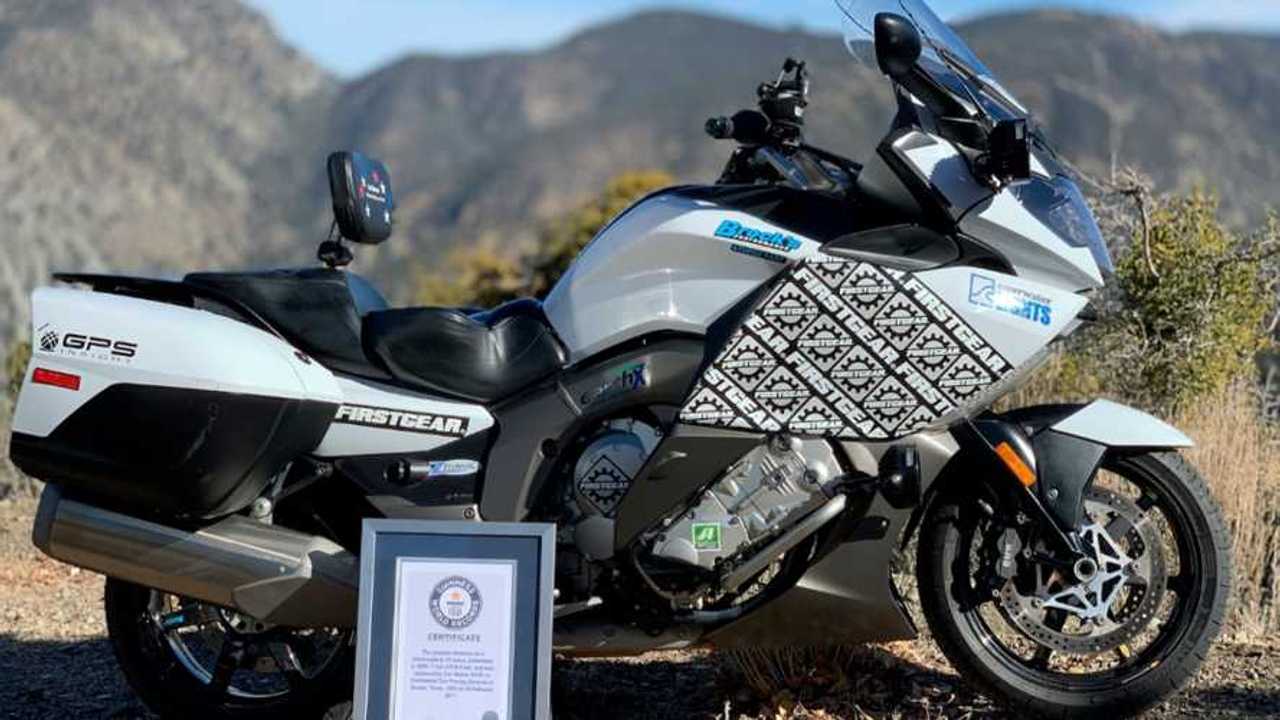 Need a bike that can cross vast distances quickly? This one has a pedigree.

You may not have heard of Carl Reese, but you've certainly heard of the Cannonball Run, the highly illegal race from coast-to-coast in the shortest amount of time. Generally, this race is run in cars, but Reese accomplished this feat on his BMW K 1600 GT, as well as setting a 24-hour record distance record. That very same bike is now up for auction.

ALSO ON THE BLOCK

The current cross-country record of 28 hours, 50 minutes was set by Ed Bolian in a 2004 Mercedes CL55 AMG. He had two other drivers to help, plus a vast array of equipment to help avoid unwanted attention from law enforcement. Reese rode the entire coast-to-coast run himself. The bike's range was extended by adding an 8.5-gallon gas tank, as well as a catheter for Reese to reduce the number of "biological breaks." A Daylong seat was necessary for long days in the saddle, while a Vstream windshield kept the high-speed wind off Reese. BST carbon rims lighten the load, and ceramic bearings help avoid high-mileage failures. The BMW's self-leveling headlight was augmented with a set of Clearwater LED driving lights, together projecting 30,000 lumens of daylight down the road for those long nighttime stretches. The bike also has the all-important radar/laser jammer.

Using this bike, Reese set a two-wheeled cross-country record of 38 hours, 49 minutes, as well as a 24-hour distance record of 2,116.5 miles. (He actually set it in 23 hours, stopping early because he ran out of tires.) It seems that he may be finished setting records, however.

There is no better bike for traveling vast distances at high speed, and this bike has the documentation to prove it. Reese also says that he will be donating 20 percent of the proceeds from this auction to the Motorcycle Relief Project, an organization that uses motorcycles to help veterans and first responders who suffer from post-traumatic stress disorder.