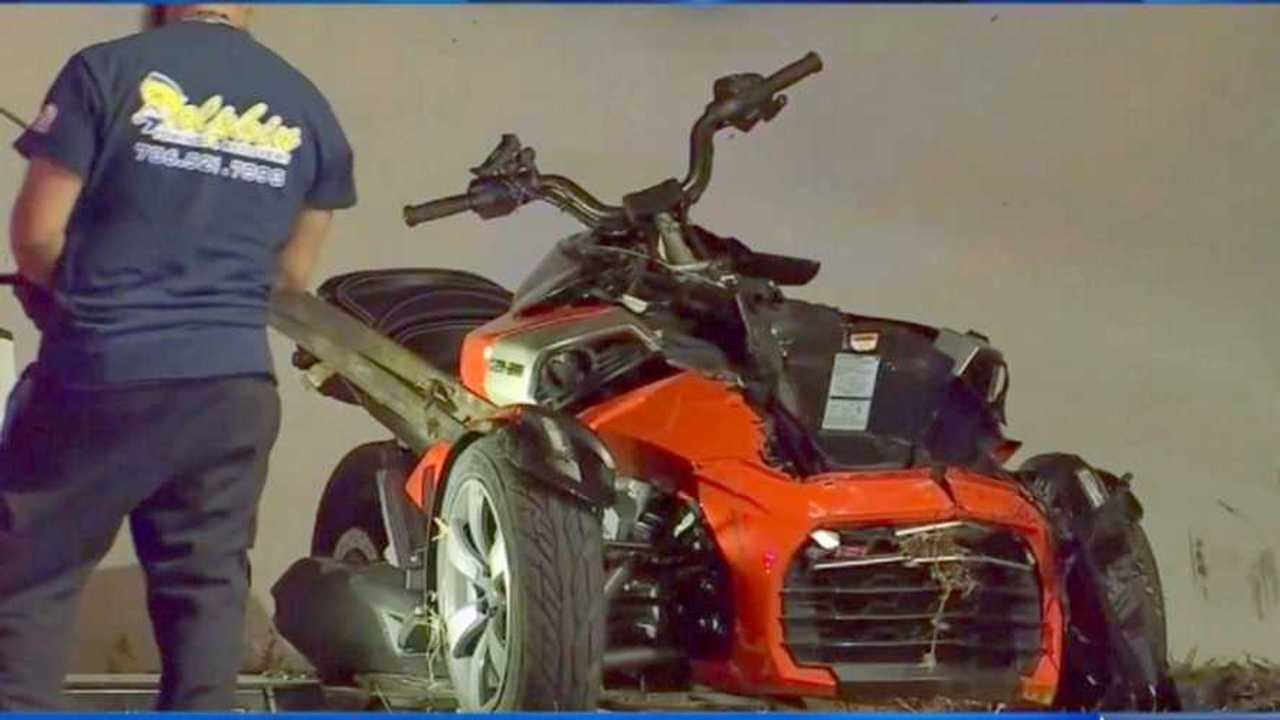 Left alone for just a few minutes, a three year old girl in Miami, FL managed to start her dad's Can-Am Spyder and speed off, with him pursuing her on foot. The father did manage to catch and grab the bike, despite having what looks like one prosthetic leg, but could not climb on board to stop it. After a few blocks both riders were thrown off and the trike crashed into a fence. Though injured, reports are that the girl and her father will both make full recoveries.

A surveillance camera caught the dramatic last few moments of the ride.

Obviously we here at RideApart aren't going to report on every crash that makes local TV news, but when something as unusual as a toddler stealing a bike happens it gets our attention. This should serve as a cautionary reminder not to leave the keys in your bike or car, especially around children. Neither the owner of the bike, or the girl who went for a joy ride have been identified by name by the local media, but no charges have been filed against them.

Despite the momentary lapse of judgement of leaving the keys in the Spyder around his daughter, the father deserves respect for chasing after her and trying to mount and take control of the trike. You can see he ends up being dragged down the road like a rag doll, holding on for dear life. If indeed he is missing a leg, then all the more respect to him.

The aspects of the Can-Am that would make it such a great ride for a handicap biker are unfortunately also what made it so easy for a toddler to ride off on it: An automatic clutch with push-button shifting. But the foot brake only, far out of reach of a toddler's leg, made the crash inevitable, even as smart as she was to figure out how to make it go.