Christmas Cheer For Riders Who Don't Own Harleys 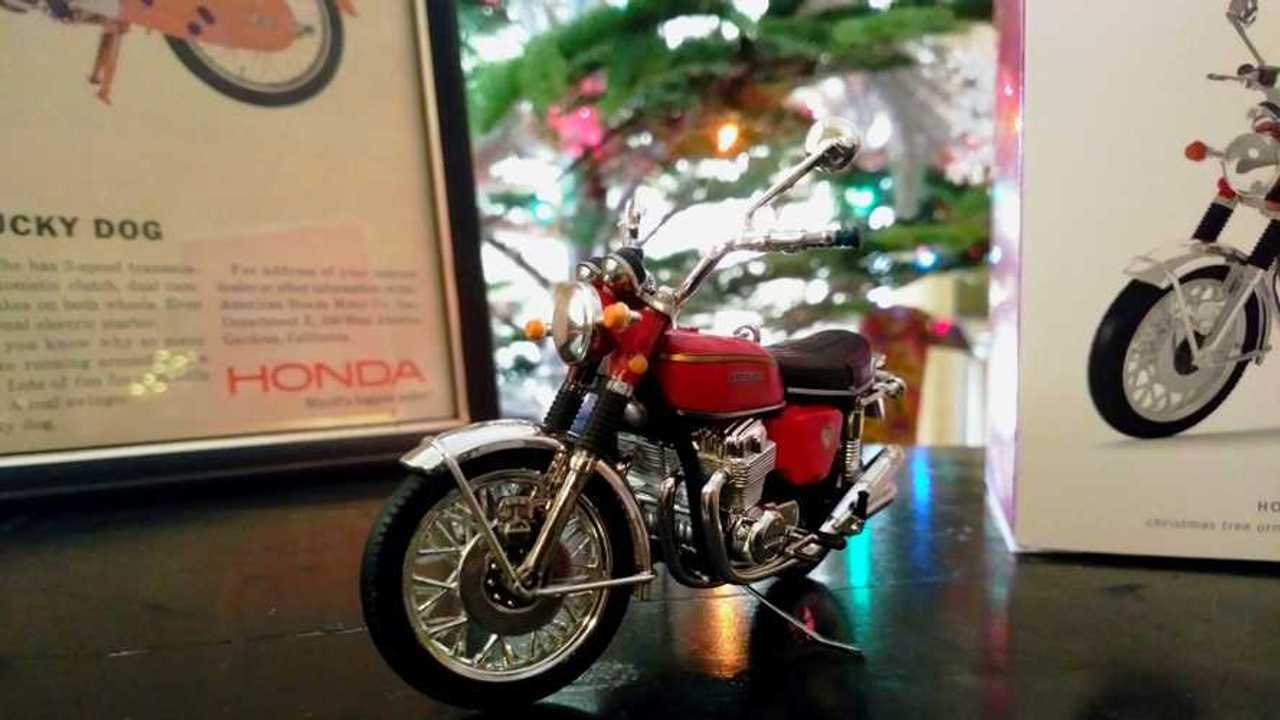 There are plenty of Harley-Davidson branded decorative items out there, too many really, and untold generic Christmas "biker" and "motorcycle" themed knick-knacks, so this new offering from Hallmark is a welcome change. The 2018 Hallmark Keepsake Ornament depicting the 1969 Honda CB750 K0, in candy red metallic, is about as accurate a replica as you could hope for in this scale, which is about the size of your hand. Roughly, it is 4 inches long, and 2.5 inches tall, and 1/5 inches wide; too small for Barbie, but too big for your Star Wars action figures.

There have been numerous Harley-Davidson official Hallmark releases over the year commemorating important bikes, like the 1971 Superglide, but a quick search confirms that this is the first non-HD Hallmark motorcycle. No longer do you have to re-purpose toys in order to hang the original superbike on your tree. Though if you are fans of anything other than Honda you are still out of luck. Tangentially motorcycle related, and very strangely, if you are a fan of Darryl's custom post-apocalypse Honda Nighthawk from "The Walking Dead" there is also a Keepsake ornament for that.

It is not really surprising that the Honda CB750 would be the first of the Japanese bikes to be made into an ornament, but it is odd that they would do it for 2018, and not wait for the 50th anniversary next year. Now that Hallmark and Honda have a relationship, perhaps we will get more iconic bikes to hang on the tree? A red 1960s Super Cub (with Santa riding it?) would be great and recreate their famous "You meet the nicest people..." ad from back in the day. The company's early, insanely complex, yet classic looking five and six-cylinder grand prix bikes from the 1960s would be sweet as well.

I found my example at Kohls, but you can get them online, at your local Hallmark store, and many other places. They are well made, but be careful with the handlebars and mirrors as I dropped mine and already broke one shooting the photos.