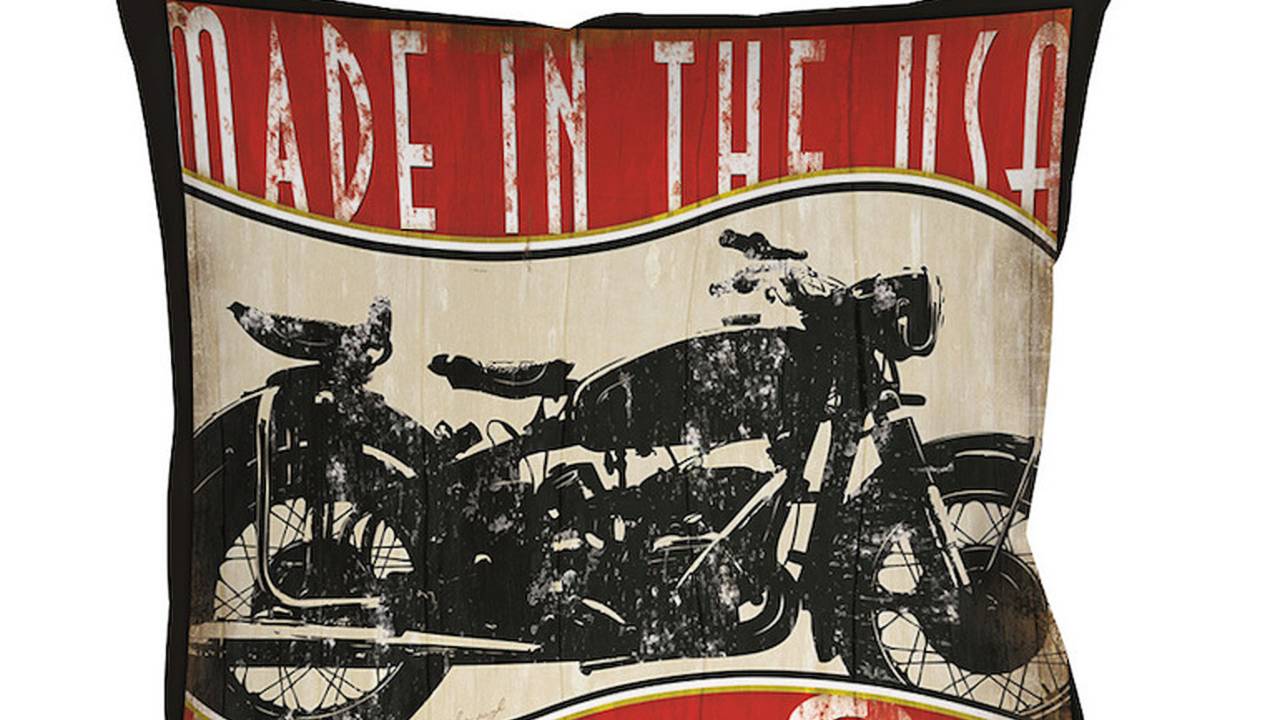 Looking for gift ideas for the biker in your life? Here's what you shouldn't get him or her.

Last year, the staff at RideApart all got together and provided some great suggestions for gifts to buy the motorcyclist in your life. This year, however – in a purely selfish move on my part – I've put together a list of what motorcyclists don't want. Here are the gifts I'm tired of getting from relatives, co-workers and in-laws. If by some odd chance you actually do want some of this stuff, I'll provide links as well

Jolly to the Bone Ugly Sweater at Holiday Fury

There seems to be a whole industry dedicated to making motorcycle themed items that have nothing to do with actually riding. The Christmas sweater above is just one example, but at least that might keep you warm when worn under actual motorcycle gear.

Sure, we all love snacking on cheese and crackers, summer sausage, and flavored popcorn, and you get a coffee mug and a ceramic motorcycle-shaped picture frame, too. But at $90, I think most riders would rather you just load up a cart at the nearest grocery store and forego the useless basket and theme. Even if this contains the fanciest of treats, it easily has a 100-percent markup because it is in a basket. Also, it contains Harley-Davidson cheese, made with only a hint of gear oil.

Can you even fathom who would want this, and where they would hang it? It's a bit too twee and fancy to hang in your garage, but do you really want a clock that makes chopper revving sounds every hour in your living room? The only place for is then is a room that is "biker themed," or possibly the assisted-living room of someone too old to ride who needs to be reminded what bikes sound like every hour. Perhaps the worst thing about this is that it is not an officially licensed Harley-Davidson product. H-D knockoff items may be the worst thing you can give a person. Bradford Exchange has more than 100 bad ideas for the bikers on your list (and a few cool things, like a 1:6 scale 1920 Indian Scout).

Harley is very image conscious and doesn't license their name and logo to just anyone, so it is hard to understand who thought it was a good idea to put it on a hip flask and shot glasses. Of course, riders drink and sometimes the only reason they are on their Harley is to get from one bar to the next (Way to troll the Harley riders, Woody –Ed), but is giving them a to-go container of hard liquor a good idea?

Sure we all need salt and pepper on our food, and though it makes economic sense stealing packets from the local fast food place does get old. These seem like they belong on the kitchen table of whomever has the cuckoo clock above. I don't know that person.

I sort of understand the absurd, ironic enjoyment of ugly Christmas sweaters (like the one at the top), but why anyone would want a Christmas-sweater-themed T-shirt is beyond me. It isn't really a sweater, it is just a strange mashup of 8-bit graphics, Christmas colors, and motorcycle related imagery. Some of them even say "braaap!" yet have pictures of sport bikes (not shown), meaning they could only have been designed by Hollywood sound effects guys.

Harley-Davidson Cutting Board at Amazon

A H-D branded cutting board, made of some sort of flexible material, that can be packed into a saddlebag for cooking on the road wouldn't be a bad idea. This is not that. This is a tempered glass cutting board for your kitchen with "Harley-Davidson Motorcycles" printed on it – twice, in different fonts – and riveted metal handles on the side to collect bacteria.

Etsy, Made in USA pillow at Overstock" draggable="false">

SR400 pillow at Etsy, Made in USA pillow at Overstock

Speaking of people who don't know anything about different types of bikes, we have these throw pillows. Sure, you could kick up some dirt with a Yamaha SR400, but it isn't likely. Surely this was slapped together by someone who didn't even know what those English words meant. Similarly, the BMW boxer "Made in the USA" pillow was clearly made by someone with no idea about the bike depicted. At least the Etsy pillow is completely customizable, so you can change that to a picture of a "Made in the USA" Yamaha TT500.

Anything From the Hot Asian Biker Gifts Page

Honestly, lots of the products and images on this page do have their comedic value. All the items feature the same woman in different poses. I hope her brother got a good grade in his intro-to-Photoshop class, where he made these images with a photo stolen from her phone. For me, the best part is that either the girl in the photos or her boyfriend (or someone's dad) actually owns a Honda CX500, which she posed on if you look closely. Everything else is just pixel magic. (Our favorite aspect of this site is that it sells children's T-shirts/sweatshirts. Imagine the parent that would give such a thing to a child; that person probably knows all the folks at Child Protective Services by name now –Ed)

Motorcycle riders are very particular about their gear. Some only like certain brands, some only like a certain style (and there are lots of styles, three of them pictured above). That said, people who ride certainly do want and need gear though, so a gift card to a big multi-line local dealer or a chain, or one of the many online retailers is a great idea.